Geeljire0190 said:
Fake news. Ive eaten it, not only is it delicious , but it's safe
Click to expand...

VIP
could this explain why habashi are so short, lack of good cooked protein?

xabashi said:
Raw meat is consumed in many countries around the world including Europe. In Ethiopia it is consumed by almost all ethnic groups especially in the southern part in areas like wolayta it is a big part of the culture.

Anyway, it is not bad and definitely better than locust or hyena meat

Who says we eat that?

Flies go on your raw meat.

locusts do not eat feces.

We cook our food. I don't see you guys do it?

Also what's wrong with eating insects? It's full of protein and it's halal.

I can't say the same for raw meat

That shit is filled with Salmonella and has flies flying around it.

xabashi said:
There is a famous guy in Harar who feeds hynas with his mouth but still better than eating hyenas. I guess hyena meat is halal.

That man is cutting the hide off 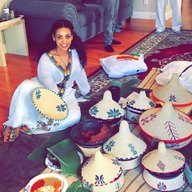 One Star To Rule Them All said:
That man is cutting the hide off

So is hyena meat halal or not? And what about locust? 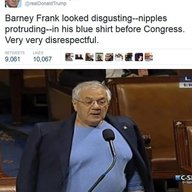 Shoto Todoroki said:
I once tried the raw meat ethopian dish I was puking my guts out for 4 hours straight. Never again

Why would you even try that? Check yourself for worms man

xabashi said:
So is hyena meat halal or not? And what about locust?

You don't see them eating hyena.

Locusts are ok. You even see Europeans and many other ethnicities eating it as a source as protein.

You can't deny that your descendants would be doing the same thing.

Also they probably lived under a drought and the only thing they could eat was this.

If you had a gun and there was a lion who wanted to kill you.

Would you kill it?

If you were starving to death would you eat the lion or not?

You are denying the instincts of an omnivore .

It's not like they're going to eat it raw anyways. 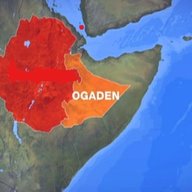 Land Of The Brave

Emily said:
Another triggered hyena muncher.
You just described the destitute, lazy Somalis Die in your bitterness.
Click to expand...

Says the bug eyed raw meat muncher. Your kind are the lazy ones who depend on others to pave you something as simple as roads. Posting a video of men slaughering hyena does not prove that Somalis eat it, we dont have a cutlure of eating heyena. Go and chock on that raw meat you barbarian.
Last edited: Oct 25, 2020
You must log in or register to reply here.
Share:
Facebook Twitter Reddit Pinterest Tumblr WhatsApp Email Link