Puntlanders even though I insult you sometimes for FKD you are good peoples! 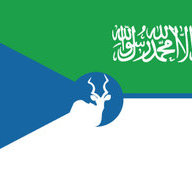 No matter what you say about puntland. Waa lalanoolankara. Like as a somalilanders i wouldn’t be worried about a puntlander as president of Somalia going rogue like a marexaan would.

Even though abdullahi yusuf done the hugest crime by bringing Ethiopians into Somalia that can be rationalised as puntlanders were in immediate danger of being swallowed by the ICU. ICU shouldn’t have claimed it would conquer puntland and should have come to talks once they conquered the south.

The places that are in chaos are the places the initial UNSOM mission came to now they have amisom and al shabaab this could have all been avoided if the civil war was allow to be played out in the south.
A

Say, "I seek refuge in the Lord of daybreak"

VIP
I don't get the hatred between Landers and puntites on here? I'm sure this shit doesn't happen in real life. It's only on the internet with anonymous trolls causing buuq iyo fasad on forums and twitter. Also, we shouldn't hate normal ordinary people because of politics or tribes! it's haram and the epitome of stupidity.

VIP
This nigga is bipolar.
S

Prof.Dr.Eng.
VIP
I will not rest until Puntites emulate the noble, praise worthy characteristics of the Romans.


Al-Mustawrid reported: He said in front of Amr ibn al-‘As that he heard the Messenger of Allah, peace and blessings be upon him, say, “The Hour will be established while the Romans are the majority of people.” Amr said, “Be careful what you say.” He said, “I have said what I heard from the Messenger of Allah.” Amr said, “If the Prophet said that, indeed, there are four good qualities in them: they are the most forbearing of people in tribulation, they are the quickest to recover after a calamity, they are the most eager to return after a retreat, and they are good to the poor, the orphan, and the vulnerable. Their fifth quality is good and beautiful: they are the best at stopping the oppression of their kings.”