Puntland VP and Chief of Police in loggerheads

Vice President Amey of Puntland has suspended the chief of the Puntland Police force Ereg who hails from the same region and subclan as the absent Puntland President who is on a pilgrimage duty in Saudi Arabia.

The Police chief Ereg after being suspended called the press to his home to put accusations on the Vice President Amey and Puntlands head of the Anti-Terror and Narcotics commander Muhiddin.

He accused Muhiddin of shaving the heads of school aged youngsters who have been arrested for unruly behavior. Ereg claims he released the school children because the Police Chief of Nugal ordered their release due to insufficient evidence. Amey called to ask if Ereg knew of the release and ordered him to suspend Nugal head of Police. Ereg said he could only do that iffy he had written authorisation from the VP to which Amey responded that he has given oral order. Ereg was still reluctant and so Amey told him he would suspend the Police chief Ereg himself. 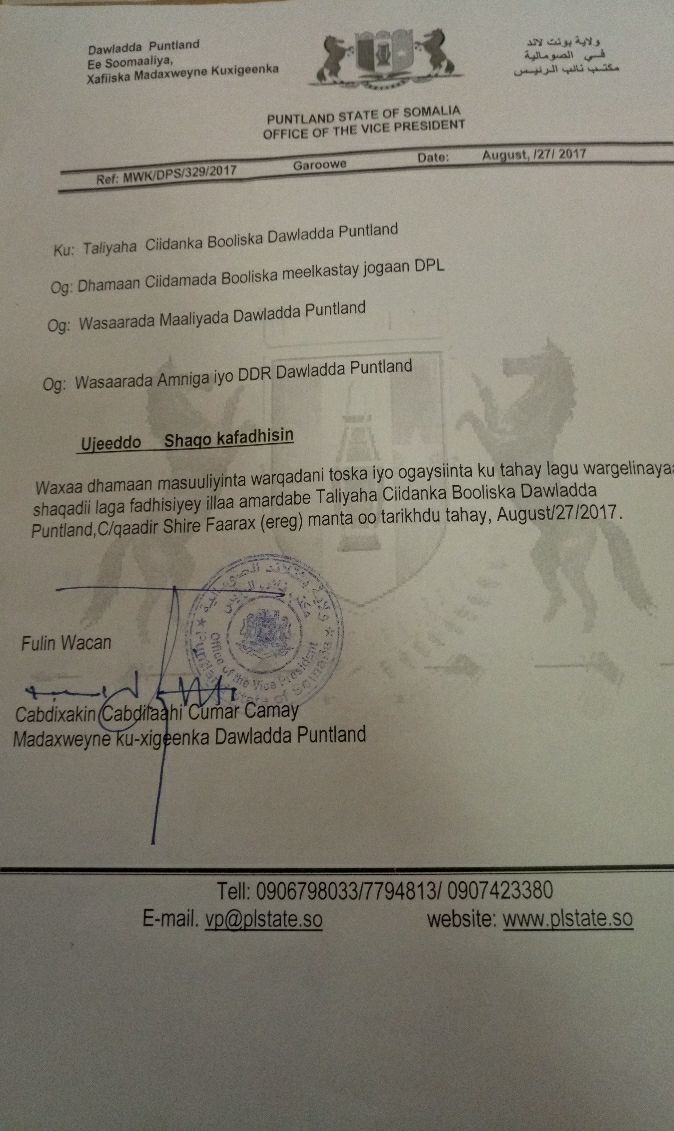 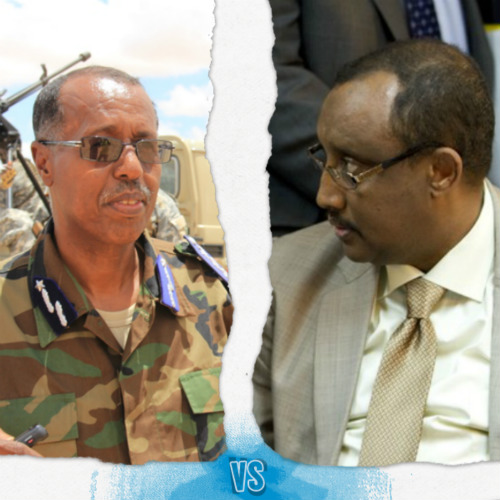 Dispute is between Ereg and Muhiddin. Looks like the Vice President sided with Muhiddin.