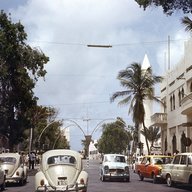 Dammmmmmmmm
I know why Ilhan did what she did why she did that but that other person is something else..

Ilhan is feeling so much heat from Zionists that she has been approached by the colourful flagged people to support their cause and they will give her numbers to back her..

If you go back to ilhans social media time line you will never see her rooting for LGBTQ fags..

But politically she has been forced to do so, also powerful people are behind this new ilhan ..a very media popular headscarf wearing Muslim woman to champion such a cause is a massive coupe for those that want to infiltrate Muslim homes..


I am severely disappointed in Ilhan