Mudane Faroole: "We are locked in a room called federalism and the keys are with the FMS and Senate" 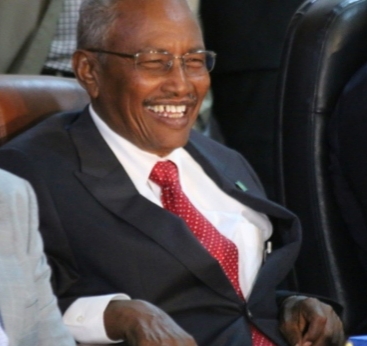 Senators from Puntland have castigated the federal government for what they termed as failure to realise key milestones in the country including the completion of the constitutional review process, security and relations with the federal member states.

Speaking in Garowe Monday, the senators accused President Mohamed Farmaajo’s administration of ‘underhand dealings’ to sow discord in the Federal Member states and stifle the functioning of both the Federal and state parliaments.

Senator Abdirahman Faroole said there was no progress in the constitutional review process with only 18 months remaining before the current administration’s term lapses. “We are remaining with only 18 months in the four year term and there is no constitution in place,” Faroole charged. “Those tasked with the review process are not at work and the federal member states lack representation.”

Noting the security situation of the country was in a critical state, Faroole said the government was instead busy pouring money to disrupt elections in the regions citing South West where several people were killed during the December 2018. Faroole, a former president of Puntland said the Federal government paid 21 contestants in the Puntland elections to influence the process in its favour.

“Fortunately,” Faroole said, “The people of this state chose the person they wanted.” He added the federal government had also sought to muzzle the federal parliament and state parliaments to derail federalism but noted, “Those who think they can change things now must know we are in a locked room called federalism and the keys are with the federal member states and the Upper House.”

On his part, Senator Mahid Dahiir Nuur warned that the country was undergoing a citizen-led revolution likening to the downfall of former president Siad Barre. Senator Mohamud Ahmed Mohamud noted the country had witnessed deteriorating relations between the federal government and the federal member states but noted, “We hope we will settle this issue and move forward.”
Click to expand...

Former President Faroole dispensing truth in the poetic way that only he knows how to.

I'm not on the up and up when it comes to Somali politics but it doesn't bode well for the current administration if after all this time they have made no progress when it comes to a new constitution and security.

Is there any international oversight involved in this process at all or did they leave the Somali gov. to take care of this all on their own? 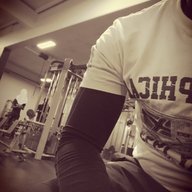 VIP
@Crow
Since when did Somalia implement the term senator? Is it similar to xildhibaan or?

Abdisamad3 said:
@Crow
Since when did Somalia implement the term senator? Is it similar to xildhibaan or?
Click to expand...

There are a few differences between the lower and upper houses.

The lower house MPs are elected more or less the same way in every country but with upper house senators, it varies. In Canada, our senators are unelected and appointed by the Prime Minister. I believe the UK House of Lords is the same. In America, people elect their senators.

I believe each American state is allotted 2 senator seats regardless of population size. So California's 35 million people are represented by 2 senators, making them equal to Oregon's 1 million people in the upper house. I think the purpose of the upper house in America is to protect state rights or something.

The upper house senators do not have the power to craft bills. Their role is to take bills from the lower house and either approve them or send them back to the lower house MPs to make alterations.

In the context of Somalia, the upper house senators represent the federal member states. Mudane Faroole is among them. We know how much the FGS respects the federal member states so it is no surprise that the FGS controlled lower house MPs are always at loggerheads with the FMS controlled senators in the upper house.
You must log in or register to reply here.
Share:
Facebook Twitter Reddit Pinterest Tumblr WhatsApp Email Link