MPR News Article On Ilhan Omar Breath Taking!!! A Star Has Been Born!

Your story will be written': Ilhan Omar's stormy rise 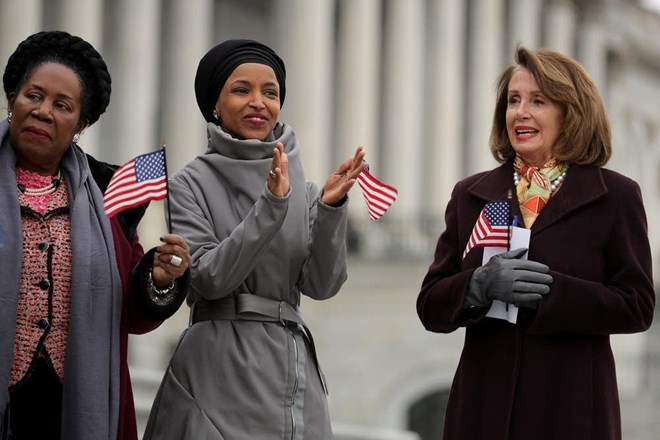 Growing up in Somalia, Ilhan Omar's bedtime stories were about Araweelo, a tiny queen who ruled over a kingdom where all women were leaders and all men were peasants. Araweelo's folklore spread throughout Africa, and even long after she died, women left flowers at her grave while men threw stones.

"My grandfather would tell me this story every single day," Omar said to a crowd gathered at St. Joan of Arc, a progressive Catholic church in Minneapolis, her small frame pacing across the stage.

In the span of a few short years, Omar's gone from a behind-the-scenes activist in Minneapolis politics to a figure known around the world, loved or loathed for what she represents to people.

Young progressives have celebrated the rapid rise of a refugee and Muslim woman in the era of Donald Trump. She's joined forces with other prominent freshman lawmakers such as Rep. Alexandria Ocasio-Cortez, D-NY, with the intent on shaking things up in Congress. She's appeared on the cover of TIME Magazine and as a guest on The Daily Show and The Colbert Report, racking up nearly 1 million followers on Twitter in the process. She even had a cameo in a Maroon 5 music video.

But her critics are just as fervent.

Early in her time in Congress, Omar fired off a series of tweets on the conflict in Israel and the lobbying forces behind it in Washington that were criticized as playing on anti-Semitic stereotypes and culminated in a dramatic vote on the floor of the U.S. House condemning all forms of hate.

Recently, a picture of Omar's face next to the flaming World Trade Center — falsely linking her to the 9/11 terrorist attacks — caused so much outrage in the West Virginia Capitol that it resulted in a staffer's resignation and lawmaker kicking a door open so hard he injured a doorkeeper.

And just last week, Trump issued a tweet suggesting Omar downplayed 9/11 in speech in March to the Council on American-Islamic Relations. It's caused backlash for Omar and an uptick in death threats to her office. But it's also sparked a #StandWithIlhan movement on social media, with her supporters arguing the president and Republicans took the quote out of context to villainize her.

NABADOON
VIP
It’s sad that we only accept one of our own when others acknowledge her. For months, few of us including my dear friend @Tukraq support for Omar never wavered. Never the less, welcome onboard to team Ilhan mr @Knet. I am not sure if she is MJ but I wouldn’t be surprised, MJs have flourished in the political arena all over the world

We demand Majerten street and Puntland Avenue somewhere in Minnesota.

FKD Visionary
VIP
its the legend himself. The great Knet from somnet. Welcome to Sspot bro