Gabaharey is known to belong to reer siyaad diini and reer ugaas sharmake. Moalimu decides to empower his own sub and take advantage of us by putting his subclan in charge when they are yar yar there.

Instead, Mr. Adan Sirad, 13 who hails from Reer Yusuf, who is a minority sub-tribe in Garbaharey District, was nominated
Click to expand...

He put somebody from his sub who are a clear minority compared to siyaad ugaas in gabaharey as the leader of the district.

There are close to thirty (30) Mareexan sub-tribes that live in Garbaharey district and among them; the dominant sub-tribe in terms of economics, social and political power is Reer Siyaad ugaas who has historically ruled the district
Click to expand...

The most dominate sub there is reer siyaad recognized by undp
This table was the fair power sharing agreement the caddans came up with however moalimu decides to apoint his sub as the president of the council and gave them the most mps this is ceeb he literally unkah leh'd a city from another marehan subclan using blackie as an excuse.
Ugaas sharmake are fed up they joined team blackie as evident by faratag. If he doesn't fix this and issue a real apology to siyaad ugaas I will join team blackie imagine doing unkah leh on a fellow marehan sub ceeb .
First blackie gets recognition and then you do unkah leh on another mx clan.

Since you seem to know a lot about this, I got questions I'm curious to know

1) If you don't me asking, Who's this Macalimu guy and how did he get into power?

2) Why do Marehans generally hate Madoobe? What's their beef with him? 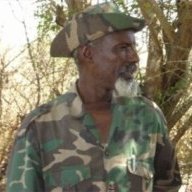 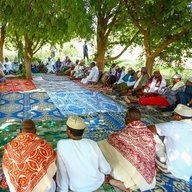 DalJecel said:
Its like having a HG mayor of Caabudwaaq
HG live in the district of Caabudwaaq but are basically negligible
Click to expand...

Reer Yusuf were the first MXs in Gedo. You're point is mute sxb

Sheikh said:
Reer Yusuf were the first MXs in Gedo. You're point is mute sxb
Click to expand...