Micro grids are the future of energy

VIP
Excerpt: Distributed energy resources, the small-scale generation facilities such as rooftop solar installations that generate power to be used either on-site or near the site of generation, are an essential part of the renewable energy future. And software platforms for the management of these small-scale generation facilities are the key to making them work, according to analysts from Wood Mackenzie. In a recent report, Wood Mac’s researchers said they expected the amount of solar generation capacity and storage in North America, Europe, and Oceania to rise twofold by 2025. In the United States alone, solar capacity and storage are seen jumping by 127 GW between 2016 and 2025, the energy consultancy’s grid edge research content lead, Elta Kolo, and research manager Fei Wang said. Meanwhile, charging points for electric vehicles will increase sevenfold.

Microgrids Are The Future Of Energy | OilPrice.com

A huge number of renewable energy projects are set to be completed within the next decade, but the obsolete grid infrastructure might not be able to cope 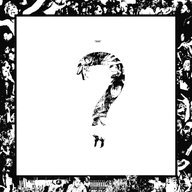 Factzopedia
VIP
With the urban percentage of the world's population projected to reach 60 percent by 2030 and the pressure on power grids continuing to grow. A number of cities are turning towards localized energy production and will no longer depend on traditional grids.