Staff Member
Wariyaha SomaliSpot
What a big turnaround!
Few months ago, it appeared as if Farmaajo subdued SL by closing the SL dealings with other nations. He even boasted that he has convinced neighbors to not deal with his Northern region. Many of us believed that we were witnessing the apprehending of SL by Somalia.
However, in a break neck speed, the secessionist state has gone on an unbelievable counterattack. It has had Ethiopia fly its flag side by side with hers. So did UAE. Then this week Kenya has announced the change of approach to SL. Also this week a group of Parliamentarians from Uganda have came down to Hargeisa. One can say they’ve been lobbied but that’s how the world works. Why do you think Israel has a chokehold on the US.

It also appears that SL is spending massive amount of money on several fronts. They are the following:

African media have been probably bribed

African Parliamentarians have been lobbied

YouTube travel bloggers have been paid to come with all paid expenses.
An army of social media activist on elevating SL name recognition has been hired


In the first video from SABC have you Noticed how Somali-Kenyans were the ones giving interviews on behalf of Somaliland civilians.

This makes me wonder, has Kenya partnered with Somaliland to strategize about recognition whereby they’ll deploy proper English speaking Kenyans. This is a ploy to win heart and minds of the international community.

This method has been mastered by the Israeli government where they always put before the media spokesperson who’s a native English speaker while the Palestinians always provide a spokesman with a thick foreign accent. 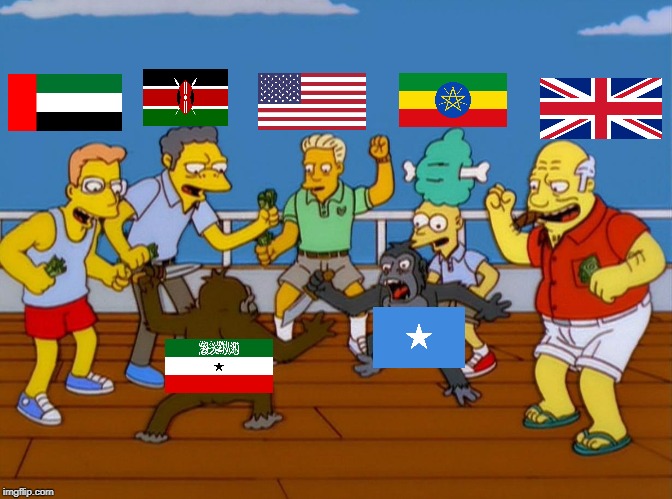 VIP
Europeans get paid go there in exchange for positive reviews

Nilotufian said:
Europeans get paid go there in exchange for positive reviews

They are like the kurds. They will do anything for white approval but will always be ignored when they need something

Somalilands recognition is just a pipeline dream. Seeking recognition cause of what happend to one clan out of many other clans that inhabits the area is as retarded as it gets.
.

Mighty said:
Somalilands recognition is just a pipeline dream. Seeking recognition cause of what happend to one clan out of many other clans that inhabits the area is as retarded as it gets.
.
Click to expand...