For African people, the BRI means

"The fast development of China-Africa ties is happening in tandem with mounting biased criticism from the U.S. and Europe over this special relationship. Washington has long warned African countries against what it calls China's "debt diplomacy" and repeatedly accused Beijing of using "debt to hold states in Africa captive to [its] wishes and demands.....

The "debt diplomacy" claims are untenable. "Only about 20 percent of African government external debt goes to China, while 35 percent is held by multilateral institutions controlled by the West," said Okeke, adding "The truth is that the total amount of money that the entire African countries owe to China is nothing compared to what we owe to the West."

Africa is only the fourth-biggest recipient of Chinese foreign direct investment (FDI) after Europe, the Americas and Asia.

What the Western countries are trying to do is to rile African countries up against China and press ahead with their tricks to colonize Africa, according to Okeke."

I suppose that, following the logic of some who are repeating the West's talking points..... I guess the way forward is to drive out China and become totally dependent on the West..... how has such an arrangement worked in the past?

You want to side with those people?

but the pro-Western crowd appears to base its thinking on ignoring history.....

VIP
This is a Somali forum.

Somalis have nothing to do with King Leopold and the Congo Free State. 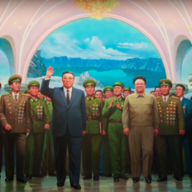 VIP
yes they will

"
"Why Western countries are coming up with these allegations is because they are scared," said Nigerian scholar Charles Okeke, also the author of "Natural allies: Reconstructing the Africa-China relations for sustainability." Amplifying African voices was one of the reasons that pushed him to write his book.

Okeke believes that Western countries are not fans of the competition that China has brought to Africa. After countries there got their independence, the West continued to exploit the continent. But with China entering the African market, more nations established win-win cooperation with it, making the West feel insecure about their declining influences."

One Star To Rule Them All said:
This is a Somali forum.

Somalis have nothing to do with King Leopold and the Congo Free State.
Click to expand...

but whites have something to do with it

VIP
I thought this was a common knowledge? black africans are dumb af. look at somalia, we gave china access to our seas for a million buck a year. I can make that money in less than a year selling bricks.
You must log in or register to reply here.
Share:
Facebook Twitter Reddit Pinterest Tumblr WhatsApp Email Link