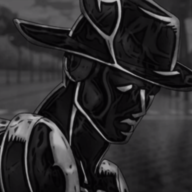 An Italian-based organization, INTERSOS has confirmed that it would cease operations in Somalia after ‘systematic fraud’ was unearthed.

According to The New Humanitarian website, the UN-funded NGO that provides healthcare and other services to hundreds of thousands of people in Somalia will withdraw from Somalia.

The site reports that the withdrawal of the agency came as a result of an uncovered “systematic fraud” following investigation.

INTERSOS Director General Kostas Moschochoritis who spoke to the site said it was a “hard decision” reached after “huge debate” within the NGO. “We realised we couldn’t fix it,” he said, adding that he was “really saddened”.

All the 200 INTERSOS staff may be laid off – mostly in Somalia, but also some in a support office in neighbouring Kenya. No disciplinary action had been taken against staff, Moschochoritis said, adding that redundancies would be compliant with local guidelines.

He explained how INTERSOS had opened an investigation earlier this year after receiving a complaint. That probe, he said, found systematic “manipulation of procedures”, particularly in “procurement” – a term that can cover the purchase of goods or the selection of contractors.

Pressed for more detail, he said, “I cannot go deeper”, adding that discussions were underway with local authorities and other agencies on a “smooth handover” to try to continue services. He said local authorities, donors, and the staff had been informed in recent days.
You must log in or register to reply here.
Share:
Facebook Twitter Reddit Pinterest Tumblr WhatsApp Email Link