Ilhan Omar going back and forth with Twitter users

Shit click baiting. How is that back and forth.

His first point was valid about voting against Somali debt relief. He was right to have her accountable.

But Brunei is not a point to bring up. And did he say he supports Shariah law? Can he survive in Shariah law? 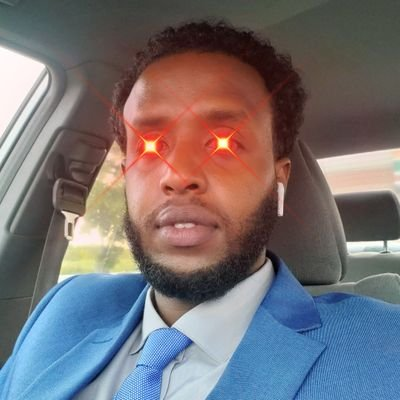 Didn’t she vote against the relief bill and when it went through tried to act she was for it and played part?
J

Minnesota Congresswoman Omar is happy debt relief will be going to Somalia--but voted no on the bill granting that relief, and on another bill, because she says they "fail to hold" President Trump "accountable for his human rights abuses" while also giving "$1.3 billion" to "Egyptian dictator Abdel Fattah el-Sisi."

“I am thrilled we were able to secure debt relief for Somalia today. Somalia continues to hold crushing amounts of debt—which holds back the economy and keeps millions of Somalis in poverty. This doesn’t just have an impact on Somalis in Somalia, but on the thousands of Somali- Americans who live in my district and have family in the region.

“This debt relief package is a major milestone that validates the incredible progress that Somalia has made in the past several years. This should not be seen as the end, but the beginning of renewed diplomatic engagement with the country. There is still more that must be done when it comes to strengthening democracy, respect for human rights, and the relationship between Villa Somalia, regional governments and the people. The U.S. can play a major role in all of this.

“Debt relief is a step in the right direction, and I look forward to continuing to work for the free, peaceful, democratic Somalia we all want to see.”

Later, after praising the debt relief Somalia will receive from H.R. 1158, Rep. Omar announced she would be voting no on H.R. 1865, the National Law Enforcement Museum Commemorative Coin Act and on H.R. 1158.

“Today, the House passed two bills that fail to hold this president accountable for his human rights abuses—both foreign and domestic. Rather than using our mandate for reform, the national security bill passed today maintains the status quo in foreign policy, giving the president a blank check to continue unwinnable wars, allows him to fund his racist border wall, and increases funding for human rights abuses under ICE.

"This is simply unconscionable. It will have devastating impacts on our undocumented communities and further destabilize our foreign policy. The second package maintains the global gag rule and the Hyde amendment, creates a backdoor way to eliminate aid and starve the Palestinian people, recognizes support for Juan Guaidó as President of Venezuela and includes $1.3 billion in military funding for Egyptian dictator Abdel Fattah el-Sisi.

Basra said:
His first point was valid about voting for Somali debt relief. He was right to have her accountable.

But Brunei is not a point to bring up. And did he say he supports Shariah law? Can he survive in Shariah law?

Basra, you crack me up