so that cambuulo munching futo madoobe gijaamac posted a thread about somali cities (to boast about few turkish aid projects in ugandisho) and he posted pics of allegedly 2010 and 2015 of ugandisho ibnu turkish dibouti city and hargeisa. at first was muuq disho and he posted bad pics from 2010 of few red eyed mooryan holding ak47s and then below it he posted pics from 2015 of mogadisho where he chose the same location from 3 different angles . i thought fair enough

then he posted the same about djibouti city where he selected the worst areas of the city. then below it pics allegedly taken and this munaafiq instead of picking and posing the nicest pics he could find he posts pics of poor areas. remember he posted the best areas of mugadishu

now comes hargeisa, he posted pics of bad areas which is ok i guess but then in the 2015 section he posts average pics and bad pics.

VIP
Why would you expect something better from the likes of GIJamac? I didn't even bother reading that topic because I knew it would be a Mogadishu vs everyone else thread so I'm not surprised he turned it into that.

Post a topic here for new pics/development in Somaliland.

Post your best images, people love that shit no matter where its from. Djibouti from the sky is so beautiful. 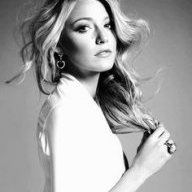 I didn't read the thread but from what I've gathered, the GiJaamac dude is stupider than a donkey.