How do muslims perceive us the agnostic community.

Agnostics are better than some believers. The shaytan believes in Allah and his messenger. He not only believes, but he saw the prophet and he spoke to Allah. He used to live in jannah. But he's an evildoer. A lot of believers are like that. Evildoers. But non-Muslims can be great people. The West is morally superior to so-called Muslim countries who oppress and kill their citizens for example. Somalis are treated better by atheist Scandinavians than by Saudi cockroaches.

Belief is worthless in itself. It's character that Allah loves. 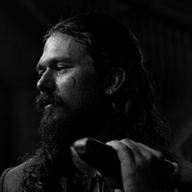 Honestly, everyone is free to think and believe what they like sxb.
Well..ideally, we shouldn't chastise those who leave religion(or haven't believed in the first place).
Sadly that's not the case and you have people being shunned or worse. As if that helps any situation.
We're supposed to be better than that.

Questioning beliefs aside. I think of agnostics/atheists/deists etc as any other person.
Until their actions/words let me know what kind of person they are I must keep silent.