Hawiye Is Against District Based Parliament

AF NAAREED
VIP
These people argue how they are not qabil based, why do u fear a proper parliament that represents districts? do u know how stupid it is to use clan as parliament? That means anyone inside or outside somalia can stand for parliament, this is fundamentally insane. A a local that represents his district is far more accountable to his people then someone who came to parliament while not residing in the nation he represents.

AF NAAREED
VIP
These Hawiyes don't even understand the difference between one man and one vote and a parliament based on district, how can u hold a a one man one vote if u don't define districts where the voting will happen? how are u going to hold an election without districts, u can't hold an election based on 4.5, how will it work even if u attempted too? Somalia represents it's borders and the last legal border was 1991 even though it was 'xaq daro' on Majerten the most who only got 2.5 states yet represent 30% of Somalia population and land size.

U hawiye got many states that u didn't deserve from baraxlay to mogadishu is 750 kilometers in land mass yet u enjoy benadir-shabellaha dhexe, hiiraan, galgaduud, south mudug, that is a whopping 4.5 states for a land size that is identical to Majerten land portion. That is xaq daro, I am not sure what xaq daro these niggas are on about, u even made a city into a state while no other city in somalia is defined as a state.

AF NAAREED
VIP
Somalia needs a census, a proper one that is done with the input of member states, international community, and the federal govt. The census must be done to determine what the demographics are of clans in each part of Somalia. Puntland for example is very homogenous, it's one clan no matter if u look at it from a harti level or consider it at the majerten level, it's always one clan.

However the south, many clans who are not hawiye are not given their fair share with hawiye taking their representation number, so a census that is done in mogadishu is critical. I am definitely show the minority we call Madow-benadiris-rahanwayn constitute at least 50% of the population, the only reason they are not represented is because they are not armed clan, the armed clans are given more representation then their clan number is. So a proper census will avoid this and ensure mogadishu representation is based on population not based on who is armed and not. The non armed population if armed today would take over mogadishu in a second.

So if Mog is allocated 20 MPS, I want to see 10 of that shit go to un-armed clans because it will be shared on population, why u think these niggas hate 'population' sharing like their elder, waa langaab, he knows it, somalis know it, he prefers sharing on tribal level so things are equalized even though population isnt equal. No joke besides galgaduud, everywhere else they live hawiye waxaa mar walbo 50% cid kale ba la degan like mudug like shabellaha dhexe with shidle, kaba si daran mogadishu marki la tago. That's the reason behind hawiye rejecting a district based parliament because this will mean 'tiro koob' iyo hawiye hadi la tiriyo wallahi majerten ba ka badan

AF NAAREED
VIP
Ya arkay caqli noocasi in parliament lagu qaybsado beelaha hubaysan halka beelaha aan hubaysayn qoondadisa loo wareejiyo who-ever is protecting them. This is a hawiye system. Look at the over-representation they gave marehan in galgadud, why? cause he is armed not on population merit at all. If we had a district powersharing, the only thing that will matter is population and the amount of districts nothing else would matter, everyone will then have the right to a vote.

We need a qabil census done immediately to ensure clans who are not armed are not being misrepresented on the grounds dagaalka kama qaybgalo, I am certain then when we porportion south-central Somalia, from Hiran to Mogadishu the non hawiyes are going to enjoy their rights and not have it taken by hawiye on the grounds they have weapons. Hawiye worst nightmare is one man one vote, waxaa qoondada hawiye la wareegayo beelaha rahanwayn, Madow, benadiri hadi xaqiiq loo hadlo, this is what they fear and this is the reason they prefer minority clans are not represented in somalia, waxaa saamaynta wayn gaadhaysa beelahooda.
Last edited: Sep 27, 2020 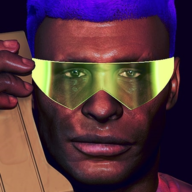 To answer your question, they are committed qabilists who are aware that representative democracy, devoid of clan-based patronage, will slowly erode their power. They are no different from the clan "states" across the country in their opposition. Let's not forget that Puntland and Jubaland lobbied heavily against Farmaajo's previous electoral model. A system that would have seen real consensus-based, multi-party representation for the first time since 1966. 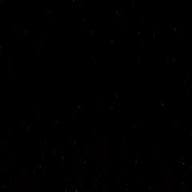 Farmajo is a goner, stop the claacal VIP
All these "clan leaders" in HAG lands need to be disbanded. Some of them even live in houses that were stolen with the real owners buried in the garden.

At least in Puntland, the elders are the ones who keep the peace and that listen to your complaints.

If HAG elders were civilised, they would have formed a temporary government after 1991, instead they ran around with their glue-sniffing teens in anarchic bliss.

Hawa u seem intelligent why u think HAG reject district power sharing? PL don't reject it, we just know it's not going to be done in 3 months. The census itself could be 2 years, then 1 year district quotas, then demographics of each district. We knew farmajo was saying one man one vote but nothing was done to prepare for it, he just wanted a term extension using that as an excuse.

But one thing u have to accept Hawa, the clan who fears election is hawiye, in their constituency, 50% of the population are generally dadka loo yaqan .5ka iyo rahanwayn, they know if we base power on people, hawiye voice will shrink due to these .5 people that dominate the south in numbers, trust me we want one man one vote, we know this will end hawiye in power as the .5 are not friendly with hawiye at all due to the civil war. Hawiye survives well on 4.5 because it's on tribal grounds, if we took a party to mogadishu and campaigned, we could secure 40% easy of non hawiyes who live there, sam with hiiraan, shabellaha, etc, hence they know this and that's why they don't like democracy.

The .5 people represent 20% of Somalia population yet 90% live in south, waxaa saamayntooda gaadhayo hawiye marki degaankooda laga codbixiyo lol, hawiye will be swallowed up. So if Somalia is 10 million, that means 2 million are .5 and 1.9 million live in the south, hawiye will be 2 million maximum then, lol

Fair enough. If you rejected the deal because of the term extension I can accept that but do you honestly believe the next president will move away from the 4.5 system? I would have traded Farmaajo four more years for that promise.

I answered this in my first post. They know any representative system will lead to people gradually moving away from qabilism as a organising principle in society. Democracy, when combined with the economics of this century, tends to atomise people into specific economic clusters e.g. young professionals, the working class, PMCs, women etc. These are differences that cannot be articulated in traditional clan-based social organisation. In a multi-party democracy, where the goal is to be elected, there would be parties that specifically cater towards each group (with some considerable overlap) e.g. Labour v. Conservatives in Britain. This process of social maturation, driven by representative democracy, is an anathema to these qabil-addled odayaal.
Last edited: Sep 27, 2020

You're deluded if you think this was ever going to happen.