AF NAAREED
VIP
@Galmudug-State get in here and explain this L. Hiil-Walal program kkkkk, can't you secure galmuran on your own, what is the purpose of your govt if you cannot carry out your own basic regional tasks. This Galmuran needs to be scrapped all together and binned permantely. 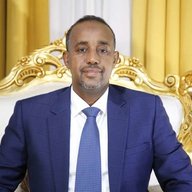 Bro I am not going to tell you our secrets as to why we want more weapons. You figure that out.

Galmudug-State said:
The Djiboutians sujood for us. This is disgusting. They do this because Galmudug has proven gas and oil. Djibouti is a small gaajo country with no water, Galmudug is 10x bigger than it.
Click to expand...

Your president is begging for aid from this small gaajo country.

Staff Member
Do you know AMISOM djibouti is protected by Ethiopia?

Crow said:
Your president is begging for aid from this small gaajo country.

Puntland doesn't even bother seeking aid from African countries beyond scholarships at Ethiopia/Kenya so it can use it as a gate-way to other respectable universities later to get a real education. But this duli @Galmudug-State begged Djibouti for 'ciidaan' to protect him from shabab and at the same time he wants to claim Galmuran is Equal Puntland as a state? this is crazy. This federalism is being abused by southies like they abuse everything created for the goodness of Somalia.

We should've said in the constitution South Somalia is under the SFG and Puntland is an Independent nation and will relinquish it's sovereignity when South Somalia reaches political, economical, security, and institutional maturity(waa inu qanqaar noqda koonfurta intanan mamulada laysku wada keenin oo la oran waa member states and equal.

VIP
Cadado and Dhuso cities under Ethiopian Amisom protection. So why asking Djibouti?