They exploit him, he exploits them. How it should be.

He also got an assist in his first game.

Suárez said:
You can marry a saudi woman, but this is the complication. You can't marry in your own country but Saudi Arabia.

Some Arabs you have to stay away that don't marry with other Arab tribes. Because its a part of their daqan. Same case as Somalis its a hard case for a Majerteen to marry a Habar gidir, we even marry other tribes like for example Isaaq and Cisse. Arabs and Somalis same stuff.

I learnt the Ajanbi does not imply for hon arabs but rather if your saudi you can call a qatari an Ajanbi or Yemeni. Its a word that anyone can use.
Click to expand...

They're even more qabilist than us, times 10.
A saudi friend of mine told me, he'd get into problems if he married this saudi girl from another clan that was actually the same bigger clan as him. They'll be made fun of, taunted and slandered because he married a girl that's not from his clan. Even we Somalis don't do that much.

Many of them, end up marrying their cousins. 95% of families would refuse an ajanib man. Saudi men are running from their women for moroccan/syrian, why would an ajanib want the headache.
J

Not that this has anything to do with the topic but I find it so hypocritical that Muslims watch what Muslimahs wear so much but have no issue with men showing their awrah like above. 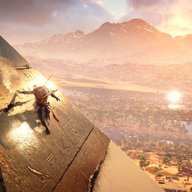 Every man is a Shepard to his people.