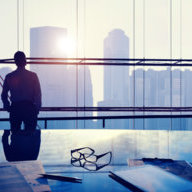 Livinginxamar said:
i am in xamar and people here dont care about this guy,they care about food on their plate and are doing thier eid celebrations.it is exegerated on internet forums.the only way farmajo gets into trouble is if he upsets the old traditional base.
Click to expand...

It's true that people care about food and their own security (Maslow's theory of needs,) but let's look at this.

* There's no abundant jobs
* No adquate security
* The government have not brought in a single large investment since taking their offices (see my PM Khayre thread)
*Corruption hasn't been eliminated (will only happen once the country has been digitized and everything leaves an electronic paper trail)
*Damuul Jadiid are still in important positions in intel and security, enough to pull this Qalbi Dhagax character assassination on Farmaajo.

This is the real reason why people whether diaspora or muawadin are demoralized by this situation, it's the compounding of inefficiency.

If he doesn't come out and denounce this, then he might as well just resign because this is enough ammo for his enemies to last well into 2018.

Sad state wallahi; we're all rooting for him, but he needs to have the balls to defend himself publicly . Even if Khayre is the one that caused this mistake by making a secret agreement in exchange for the Somali prisoners. Whoever has caused this should not only be fired, but put in jail. 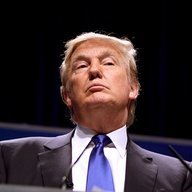 well,the gov has enough ammo to last into year 2100.why r people pretending getting upset about this guy r not upset 6000 ethiopian troops roaming freely in baido and GEDO ? what is the double standards.his enemies r well known and they will be dealt with if they try anything serious.
lets not pretend somalia was peaceful to begin with,the blood wars didnt start yesterday.27 years+.

The serpents have resorted to creating new accounts