In my close to 20 years presence in the West, I have yet to see Somalis having discussion on family planning, particularly, the number of children the family should have. Based on our traditional mindset, the more children the better; however, as we have noticed in this environment, having many children has its own unique set of challenges.

First, the environment that you raise your children matters, and since we're a struggling immigrant community whose nation is in turmoil, we tend to settle the poorest neighborhoods in the West. And in these neighborhoods, what we have are drugs, gang violence, lack of job opportunities, the stereo-types that come with living in them, huge police presence who are designed to contain the problem in these neighborhoods, and failing schools.

Second, we tend to care how much money we are saving in these low-income neighborhoods, and for every dime tat we could save, majority of Somalis sent it backhome. We built homes, buy lands, and help the backhome relatives. Meanwhile, it seems there is something lost in all of these: This money that is sent thru the money remittance businesses (hawala) is the money that should have been spent on the needs of these children, including vacations and little things that can uplift the children's self-esteem. Not only that but it is the money that the family could have saved in order to get out of that failing neighborhoods and move to better ones.

Third, we seem to be missing the point that why anyone would bring 8 or 9 children in an environment like the one describe above when the odds are clearly overwhelming. We have yet to ask ourselves the benefits that come with the amount of time a parent would have spent with 2 - 4 children than 8 or children in a ghetto environment. At minimum, the fewer children would get more attention, but most importantly, it is much easier for the family to break thru that cycle and get out of it than a family with 7 or more children.

Fourth, I have somewhat understanding the religious aspect where Muslims are encouraged to have more children; however, I am a strong believer that Somalis are missing a context here. It is my belief that in an environment like the one faced by our community and many others who are poor as well in this western setting, the family planning that is allowed in Islam is strongly applicable here. If one needs further proof, there are a plenty of it in the Internet.

To put long story short, please discuss and bring your perspectives on what you think is preventing us from having a discussion on this important issue, and what we can do about it.

somalis are underpopulated, the whole somali peninsula has about 18 million somali, we need at least 30m to compete with others.

I encourage somali to have as many kids as possible
G

waraabe said:
somalis are underpopulated, the whole somali peninsula has about 18 million somali, we need at least 30m to compete with others.

I encourage somali to have as many kids as possible
Click to expand...

The topic is about the diaspora, and not backhome.

Take what you are given and be content.
Q

Some Somalis think it's dambi to family plan. They outright get offended if a doctor recommends birth control solutions after the women give birth.
I

VIP
Anything more than 4 kids is a dumb idea anywhere, even in Somalia. I've noticed families that are smaller have better behaved and successful children and more involved parents. How is a father supposed to know if his 8 kids did their homework before bedtime? Or if one hasn't eaten? Or one is depressed and sad? Or if one is doing very poorly at school?

Forget about even being able to treat the kids equally. Bikes, skates, clothes, you have to be fair to all.

I have cousins who come from 8-10 children households and its chaos. This is in London, not even Somalia. And although the parents are very loving and are great parents, they don't have the time to look at their homework or have an individual private chat with them.

Waraabe, it's not about quantity but quality. Would you rather be 5 million stromg Norway or 200 million strong Nigeria? 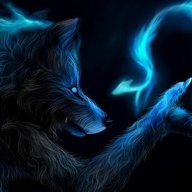 Also if u think about it lets say u have 1 son, that son will need a brother in this world, and the mother will always want a daughter. And if a daughter comes she will need a sister not forgetting you dont know what allah will give you, you could try and try for a son and end up with 4 it even 5 daughters lol. 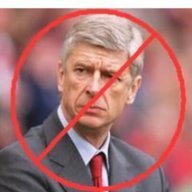 insha Allah gonna get 4 wives, 10 sons from each wife and make a clan formyself