Erdogan: France Prez Macron is obsessed with Islam because he is mentally ill

Even liberals will agree its a personal attack against muslims. France have strick laws against antisemitism but its okay to be antimuslim. and in fact encourage the drawing of the prophet. If say anything against jews youre arrested and you career is over, but being antimuslim seems to be important to getting reelected. 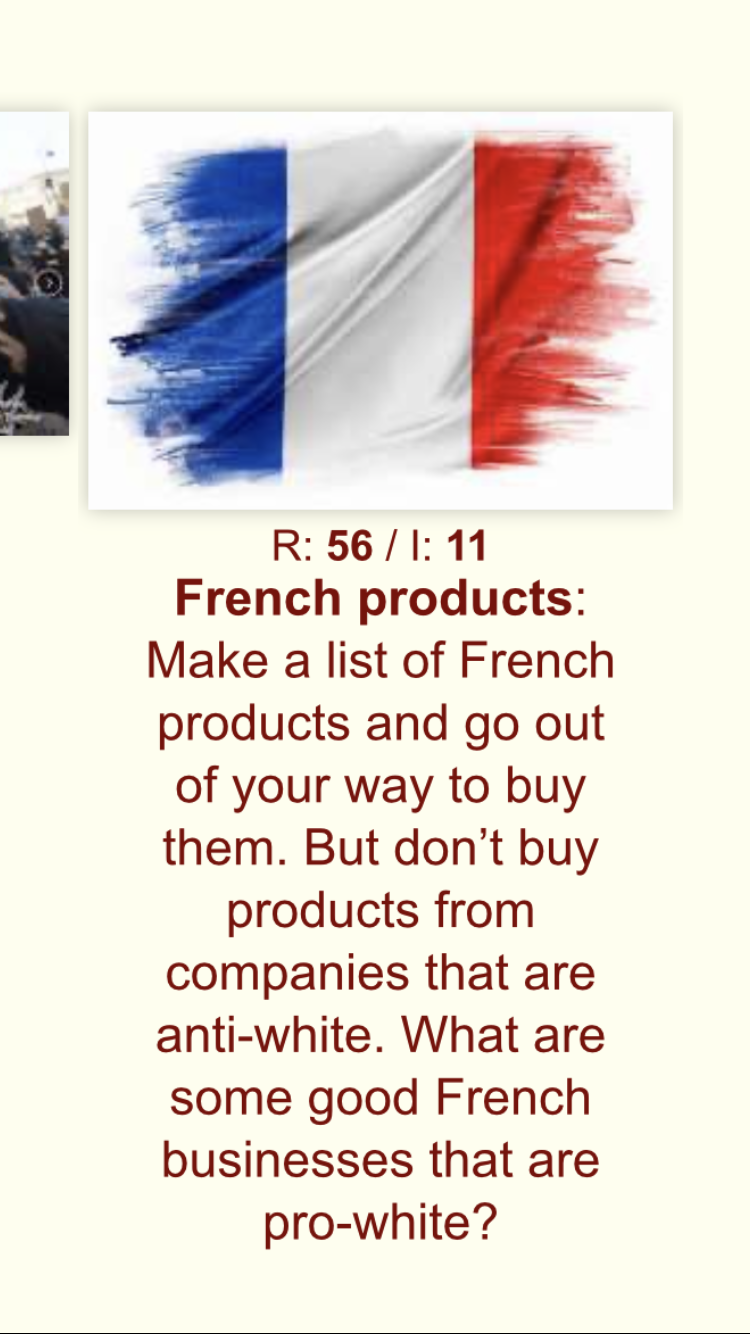 That image above is from 4Chan. As you can see, they were actively trying to counter the boycott.

We have to expect that people are going to attack the boycott. Some may be overt anti-Muslim types such as ex-Muslims or 4chan white nationalists, some may be people who say they are Muslim.

They may use all kinds of talking points to try to misguide you, to try to demoralize you, to try to talk you out of participating in and supporting the boycott. Don't let them mislead you.

The victims — identified only by their first names, Kenza and Amel — told French media that they were attacked by two other women after asking the ladies to control their dogs as they w…

And if anyone wants to use anti-Arab rhetoric to try to downplay what happened with the Muslim women being stabbed- some of you may have seen the video filmed at the gas station in the UK where Somalis were defending themselves after having been antagonized by whites.

Don't get mislead by talking points of anyone, whether they say they are Muslim or whether they are openly non-Muslims or apostates.

This movement serves to empower Muslims and to help unite us. So of course, there will be forces that are opposed. Even some who say they are Muslims will not want for Muslims to be strong and united. Maybe they are undercover apostates, maybe they're not and they just happen to undermine Muslim interests. Moments like this help reveal who promotes Muslim interests and who doesn't uphold Muslim interests when Muslims are being challenged.

This is not an Erdogan movement. This is a Muslim movement. They were boycotting in Kuwait and I think that was before Erdogan even endorsed the movement.

Hashtags on boycotting French products went viral, as social media users condemned the anti-Islam campaign in the European country as the French government has embraced...

What you do is up to you but history is being made and you have an opportunity to participate.

Insha'Allah when your grandkids ask you about the historic boycott of France when Muslims all over the world united to defend the honor of Prophet Muhammad (peace be upon him)- what will you say to them? That you were one of the proud Muslims who participated in the boycott- or will you lower your head and admit that all you did was criticize from the sidelines of history instead?

VIP
The issue is whenever such problems happen it leads to a spike in violent crimes against muslims particularly hijabi women. I know so many that have been spat on, called terrorists and physically charged at. I haven't personally been attacked but the lack of action is very, very frightening.
Last edited: Oct 28, 2020
You must log in or register to reply here.
Share:
Facebook Twitter Reddit Pinterest Tumblr WhatsApp Email Link