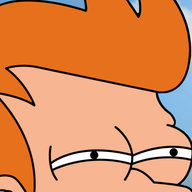 As an ER nurse, I’ve seen the negative effect of the opioid crisis in North America. I’ve personally seen more than two dozen OD victims and they were not your stereotypical junkies. Most were in their 20’s or 30’s, middle class cadaan kids who got hooked on dope and ended up getting a batch laced with fentanyl.
I never had the inclination to do drugs but marijuana (specifically ointments like CBD oils appeal to me but I’m worried it’s not kosher as per the wadads.
C

AussieHustler said:
Recently, I went to a city called Adelaide and saw not one but two Somali junkie guys begging in the city square and I had a brief chat with both of them and they were addicted to the drug ice. This drug is ravaging younger people from the lower socio economic echelons. I heard similar stories of Somalis hooked to that drug in Melbourne, but never met one. I think alcohol and softer drugs like ganja will lead you to these harder drugs, you’d better reign in them and quit now.
Click to expand...