'
It's basically about the boy who is autistic & the doctors don't want to save his life because of that reason, so they're trying to reach the public for help.

I can't be resurrected because I'm autistic.

Dear Facebook friends, it's with a bleeding heart, and with tears in the eyes, I'm writing this. I am simply indignant and to put it mildly, I never had as a mother of a handicapped child thought that in today's Denmark I should stand in this situation! Words cannot describe how absurd and inhumane a child with autism can be treated by the Danish Health Care System! This is not just a shout-out to hillerød hospital, who has taken this decision around my son's life. However, it is also a vote for all children, as well as adults with autism, which are unfortunately sometimes overlooked or neglected in health care. This is for my son as well as you!!!!!!!!!!!!!
However, it has to be said that under Hassan's admission, both us as relatives and hassan were treated very well! We got the cutest nurses and doctors who kept telling us all the time and answered all the questions we had to have! Our frustration is against the leadership that has taken the decision that we deeply disagree with and will have changed!!!!

My name is haawa abshir, and I have a 27-Year-old son. He was born severe autistic, but despite the fact that he has no language, he is a fresh active young man! His name is hassan. Since then, Hassan has been incredibly active and cultivated a lot of sports and loves to participate in physical activities. He especially loves swimming, standing on stilts and biking! He's incredibly intelligent, even though he's autistic! He's a real charmer and everyone who meets him can't do anything but care for him.

For approx. A month ago, Hassan got it really bad, he couldn't eat or drink, then his neck and face started to raise. They called 112 and hassan was hospitalized. On arrival at hillerød hospital, Hassan could barely breathe, and it is decided that he should be on life support. In the construction of the respirator, Hassan's esophagus will be cut by mistake. His crooked back. Since Hassan is autistic, it's hard for him to be a place he doesn't know about a lot of alien people and appliances. This makes hassan uneasy and anxious. That's why he was put in an artificial coma. This was done for him not to tear out his respirator. The infection was treated and hassan was in intensive care for 4 weeks. Fortunately, despite everything, Hassan survived and we were extremely happy. He started to eat and drink. However, this joy was short-lived as we get a terrible message from the doctors at the hospital. A handful of doctors at a conference meeting had decided that hassan should not be offered heart-lung rescue in case of cardiac arrest or hospitalisation in an intensive department if he had to go and get it acutely bad! Because Hassan is severely disabled and cannot cooperate to any possible. New Treatment.
This decision has not been taken in consultation with me as guardian. We have not had any influence or words to say in this context. It is as absurd and unrealistic as it can be! Imagine you as parents get a message like that! In Short, and in cash, we were told that our son wouldn't have a dignified life, and they would assume he didn't have a good life because he's autistic! How dare you! You know nothing about what life hassan has had and is going to have! Hassan is a cheerful young man!
I hope this is not happening to my worst enemy. I sit here as a mother, in a dark room and haven't slept for several nights of fear, if hassan goes and gets bad, he won't get the help he's entitled to.
I hope this story will be shared so that a vote can be given to those who cannot speak out loud.

They should sue the hospital

FKD Visionary
VIP
Another Somali autism story, very sad. Somalis need to stop with the inbreeding, it causes sever genetic defects and its a drain on the public purse 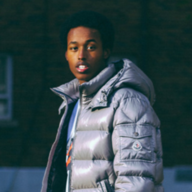