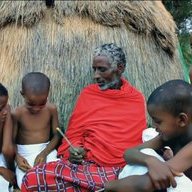 Can anybody suggest me the best books or even blogs I can go to to learn more about our culture and history? 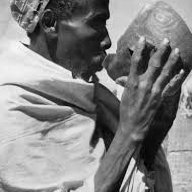 SamaaleSoldier said:
Can anybody suggest me the best books or even blogs I can go to to learn more about our culture and history?
Click to expand...

deffinetly this one if you haven't. You'll literally become a Somali supremacist

I even heard of hard self hating xalimos turning in to a Somali supremacist by reading this book.

EmperorHeir said:
deffinetly this one if you haven't. You'll literally become a Somali supremacist

I even heard of hard self hating xalimos turning in to a Somali supremacist by reading this book.
Click to expand...

Thanks sxb imma definitely check it out

@EmperorHeir have you read this?

No, but I sure will now. Thanks sxb

It is incredibly detailed and well sourced. It focuses on Puntland however.
G

Historical Dictionary of Somalia, the new edition! Sadly, it's not complete; but notice especially the chronology. 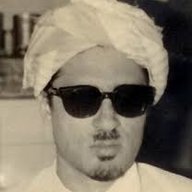 A somali supremacist is a qabyaaladiste.
G

VIP
US Library of Congress version of Somali origins:

A Political Chronology of Africa: 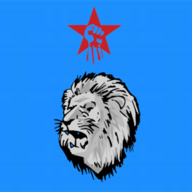 EmperorHeir said:
deffinetly this one if you haven't. You'll literally become a Somali supremacist

I even heard of hard self hating xalimos turning in to a Somali supremacist by reading this book.
Click to expand...

"The future of the Somali race is to my mind one of the most interesting and difficult of the problems presented by East Africa. For the present, I advise that we leave them alone, or at least avoid as far as possible the task of attacking them in their own territory. They are naturally isolated, and, if our officers will only avoid getting killed, can do little harm by quarrelling with one another in Jubaland. Our real task at present is rather to see that they do not encroach to the south, and to prevent them from raiding the Tana River and the Lamu Archipelago. But we can hardly avoid in the future the further task of making a permanent settlement in Jubaland, and the delimitation of the Abyssinian (meaning stop Somali Region expansion) frontier may perhaps precipitate that settlement.

It is certainly to be desired that we should utilise the Somalis. There can be no doubt that they are the most intelligent race in the Protectorate, though it may be urged with some justice that they are also proud, treacherous, fanatical, and vindictive. Too much stress, I think, is often laid on these bad qualities, and it is certain that the average Englishman has little sympathy for the Somali. He tolerates a black man who admits his inferiority, and even those who show a good fight and give in ; but he cannot tolerate dark colour combined with an intelligence in any way equal to his own. This is the secret of the almost universal dislike of the Babu, and it reappears in the unpopularity of the Somali among East African officials. The Somali are not willing to agree to the simple plan of having a fair fight and then shaking hands when defeated, but constantly indicate that they think themselves our equals or superiors, and not unfrequently prove it. Whenever it is worth our while to occupy Jubaland, and let them see a few hundred white men instead of half-a-dozen officials, which is literally all that they know of us at present, I anticipate that we shall not have much difficulty in getting on with them. The attractions of civilisation are so great for them, and our superiority in this respect so incontestable, that there can hardly be any doubt as to the result. What will happen in the wider limits of Somaliland, north of the Juba, it is hard to predict, but the area to the south is sufficiently small to offer an easy field for the extension of European influence when it is commercially and financially worth while. But meanwhile I think we had better let the Somalis alone, and avoid these conflicts between a lion and a swallow."
You must log in or register to reply here.
Share:
Facebook Twitter Reddit Pinterest Tumblr WhatsApp Email Link