Autistic Somali boy found dead in a pond near his school 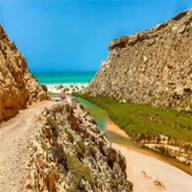 I was just listening to CBC Radio One. They said the boy is autistic and his family are from Somalia, recent arrivals to Canada. AUN

'There isn't anything worse': 5-year-old boy dies after being found in pond near his Saskatoon school

Teddy bears are placed near the pond where the young boy was found Monday morning. (Bridget Yard/CBC)

A five-year-old student who went missing during the recess break Monday morning, died after being found in a pond near his Saskatoon school.

The boy, who was a kindergarten student at Dundonald School, was rushed to hospital after being found at a municipal park adjacent to the school.

His family was notified and joined the boy at the hospital.

The school was later advised that the student had died.

The pond is located near Dundonald School in Saskatoon. (Bridget Yard/CBC)

The Office of the Chief Coroner is investigating the death and police officers were seen at a pond near the school this afternoon. Police have said the death was not suspicious.

Saskatoon Public Schools director of education Barry MacDougall told reporters at a news conference Monday afternoon he could not say if the boy had drowned.

"Any time any member of that school community thinks about losing a student, there isn't anything worse that can happen," said MacDougall.

"I think right now folks are focused on supporting the family and supporting one another."

Students were initially held in class before being sent home when classes were cancelled for the afternoon.

A letter was sent home to parents with tips on how to speak to their children about the death.

Adrienne Stone's twins are in the same kindergarten class as the boy.

She said she can't imagine what the boy's family is going through. The boy has had play dates with her son and she described him as an outgoing, friendly child.

Stone said she's never had any concerns about supervision by the teachers or staff at the school.

"It's been the most amazing school on the face of the earth," Stone said.

However, she said there has to be a better way of communicating during an emergency.

She said there was a panic when the school sent a text message to all parents Monday afternoon, saying only that there was an incident and 911 had been called.

Dundonald School and the nearby pond, which is in a municipal park. (Google Maps)

Stone called the school, but got no answer. She ran to the school where she found other frantic parents gathered at the front doors.

"Parents were devastated. There were parents coming up with absolute tears in their eyes thinking that something had happened to their child because of the text message that did come out," Stone said.

She said parents were asked to write their child's name on a piece of paper. The teacher returned several minutes later to tell them their child was OK.

MacDougall said there was some confusion among parents over the text message to parents.

"There were some misunderstandings from people who received it but I don't believe it was in the message," he said.

He thinks the misunderstanding might have been due to a translation issue among parents for whom English is not their first language.

Asked at the news conference what message he had for parents, MacDougall said they should talk to their children about safety.

"Basic safety measures, whether it's around traffic or water and to always stay within close proximity to a supervising adult in something like a playground setting," said MacDougall.

He said he was not aware of any plans to build a fence around the pond, which is in a municipal park.

"My thoughts, along with all of city council's, are with the family and with the school community as we come to terms with this loss.

"We understand the Office of the Chief Coroner is gathering information and we will work closely with them and all partners in the investigation of these circumstances."

Education Minister Bronwyn Eyre also issued a statement, saying she had spoken to MacDougall and the school principal and offered support.

She said she was saddened to learn of the student's death.

"As a mother, I cannot imagine what his parents are going through, and I offer my deepest condolences, and condolences on behalf of all of government," said Eyre.

Rene Lavallee and Courtney Merasty brought three of their children to the pond to pay their respects to the five-year-old boy.

Courtney Merasty and Rene Lavallee live near the scene of the incident, and visited the pond where the five-year-old boy was found, to pay their respects. (CBC News)

Lavallee heard the news on the radio, heading home from work.

"It kind of hits close to home when you hear something like this, especially when you got little ones yourself," he said.

"We just brought a few items, toys. We have a three-year-old boy ourselves."

The couple's children go to a school nearby, but not Dundonald, where the deceased kindergarten student was enrolled, or St. Peter's Catholic School, which also borders on the pond and park.

Neither Lavallee nor Merasty had ever heard of issues at the pond before.

"The two schools, and a lot of kids playing out here....This is just open," said Merasty

"Yeah, there should be a fence around, just for safety reasons and stuff." 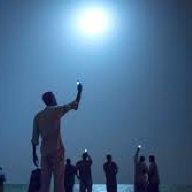 Aun, I hope they get sued for neglect

AUN to the poor boy.
Since it's Saskatchewan, I wouldn't trust anyone's word.
Where were the teachers? Everyone knows you need to keep an eye on special needs children.
C

Unless this is a huge school which is understaffed, I don't get how this happened?

AUN. Who in their right mind wants to live in a tuulo.

Staff Member
Wariyaha SomaliSpot
Lawyer up reeroow! Lawyer up and be paid tremendously. The kid is dead and there's nothing that can be done. Now go for that cadaan's jugular for displaying recklessness. How do you not keep an eye on an autistic kid
L

R.Kelly said:
Lawyer up reeroow! Lawyer up and be paid tremendously. The kid is dead and there's nothing that can be done. Now go for that cadaan's jugular for displaying recklessness. How do you not keep an eye on an autistic kid
Click to expand...

AUN to the poor baby.

How can the school be this neglectful?
G

Let the family ask I American dollars, that's all
S

Tbh if he was retarded he'd be better off dead

Starscream said:
Tbh if he was retarded he'd be better off dead

Autism may have ruined your life but I'm sure he would've amounted to much more than your pathetic self ever would.
L

Public school? The provincial & federal gov may step up and pay.
L

Starscream said:
Tbh if he was retarded he'd be better off dead

Every human being deserves to live their life to the fullest. 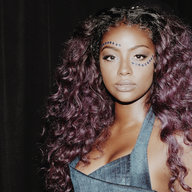 AUN. Wtf were the staff doing? This is oure negligence at the very least. I hope th bparents are compensated for the loss of their child (even though no amount of money can bring him back.