2022 CHESS CHAMP
GENERALISSIMO
VIP
Three members of Djibouti's national football team are seeking asylum in France, where one of them was allowed to leave an international airport in Paris on Friday after a week in the transit zone.

Nasrodin Abdi Aptidon left Orly airport seven days after failing to board a connecting flight as Djibouti travelled for a 2022 World Cup qualifier via the French capital.

On Wednesday, his two team-mates - Bilal Hassan and Aboubakar Elmi - had received clearance from French authorities to leave the airport following a meeting goalkeeper Aptidon missed because of a short illness.

All three have been granted a 72-hour period to file documentation to French authorities which could then allow them a further three months to present their case.

A human rights organisation helping the footballers fears that both Hassan and Elmi, who work for the Djibouti state, may end up in prison should they be denied asylum and forced to return home.

Elmi works for the police service while Hassan is said to have sought asylum after claiming he was forced to follow orders he did not want to carry out while serving in Djibouti's Republican Guard.

"They are harassed by the government every time they say something that is not correct," said Jean-Loup Schaal, president of ARDHD (Association for the Respect of Human Rights in Djibouti).

"Hassan was forced to do things he refused to do, like arrest people from his family. So they said it not possible to continue to arrest their people."

Both Hassan, whose wife is reportedly in the final stages of pregnancy, and Elmi have wives and families in Djibouti.


The team stopped in Paris after it was not possible to fly direct to Morocco, where Djibouti lost against Niger on Monday, from Algeria, where the team had been thumped 8-0 by the African champions four days earlier.

Algeria cut diplomatic relations last month with their north African neighbours, who were only hosting the Niger tie after Djibouti's national stadium was deemed unfit to host international games.

Schaal said the players told him that the heavy nature of Djibouti's defeat by Algeria prompted fears about what might happen to them upon their return to the East African nation.

After the Djibouti delegation missed their original flight from Paris to Morocco because of incorrect documentation relating to both transit visas and Covid tests, the three players hatched an escape plan.

When the delegation eventually departed on the evening of Friday 3 September, the trio were nowhere to be seen after going into hiding.

"They were afraid to go back to Djibouti having lost by so much," said Schaal, who visited the players while they were stuck in the airport. "They did not plan this but took the decision while in Paris."
In Transit
Until the hearing on Wednesday that allowed Hassan and Elmi to leave, all three footballers had been staying in Orly's transit zone.

"They were not allowed to enter France and the only time they went out of the transit zone was to go to a court in Creteil," Schaal explained.

The players would spend all day in the airport's transit area before being taken to a hotel, also in the transit zone, to sleep at night.

If the trio are ultimately successful when presenting their case to French immigration authorities OFPRA, they will be allowed to remain in France.

The BBC has sought comment from the football federation of Djibouti, a country which has never qualified for either a World Cup or Africa Cup of Nations and which is ranked 182nd by Fifa. 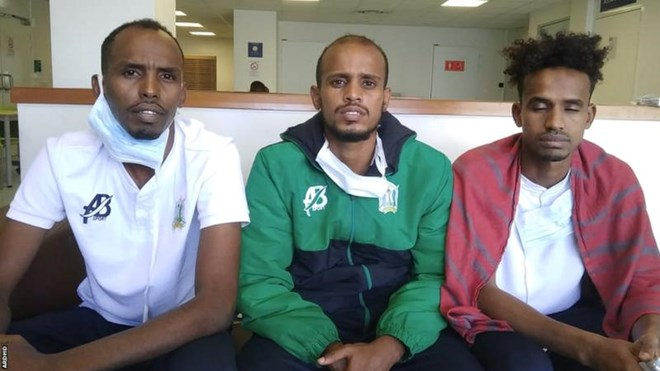 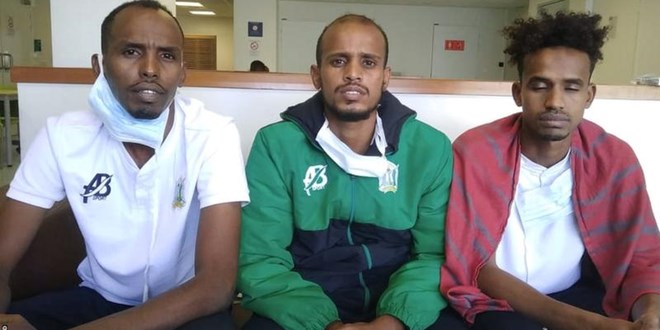 Three members of Djibouti's national football team are seeking asylum in France, where one of them was allowed to leave an international airport in Paris on Friday after a week in the transit zone. 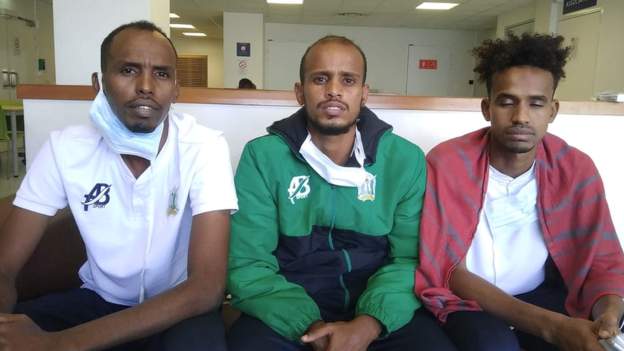 Three Djibouti international footballers are seeking asylum in France, after travelling via Paris for a World Cup qualifier.

VIP
Djibouti had and still has so much potential, this is a disgrace. Something is wrong with African despots, they lack dignity.

Pwyneth Galtrow said:
Djibouti had and still has so much potential, this is a disgrace. Something is wrong with African despots, they lack dignity.
Click to expand...