Arabization is the worst that happened to Somalis

libaaxad said:
tribalism is the worst thing that happened to us
Click to expand...

- The use of tribe to perpetuate injustices among themselves. Their unwritten rule is: Aggression or Justice, your tribe comes first. This is contrary to Islam and to any civil society.

- Having a segment of somalis classed as ignobles. This must the most painful experience for somalis of the same blood to have endured and still endure the burden of being outkasts in their own lands and in the midst of their own relatives. Greatest injustice against relatives. For me, this fact makes me hesitate anytime I want to say something nice about Somali tribalism. I remember the mental anguish these somalis go through everyday among us and it hurts my feelings. That is why I have hostile view towards somali tribalism and somalis who perpetuate this bigotry among somalis online and offline.


If you could remove those two ugly factors of Somali tribal culture, then:

- Tribal association instilled bravery, cohesion, and pride in their culture for somalis. It served them well over the centuries and they could marshall both warriors and wealth to face their avowed enemies. When the call came to stand next to your somali kinsmen, somalis by tribe responded to the call for war in defence of themselves.

Unfortunately, this same tribal spirit caused the demise of Somali greatness when somalis turned tribe as a weapon towards each other.
Last edited: Nov 13, 2020 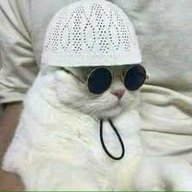 Honestly Arab and Somali dresscode is very similar for example macawis is also a thing in East Asia. But if a Somali could make some neat clothing that covers well I would buy
You must log in or register to reply here.
Share:
Facebook Twitter Reddit Pinterest Tumblr WhatsApp Email Link