Al Shabab will Take the country and Isis will become the insurgency!! The Bombs will continue!!!

If we don't get our act together, Amisom will at some point withdraw and Al Shabab will retake the country. They'll most likely get international recognition and join regional blocs in political alliances. Al qaeda will acknowledge their victory just like the Taliban but ISIS will be livid. They'll bomb Mogadishu to oblivion just like how they're bombing Qandhar and Kabul with the Taliban in control. The process of qarax and terrorism won't end until Somalis abandon the idea of 17th century wahabism and policing people using religion as a political tool. Tolerance is needed to adjust to ideas you disagree with or voting against it in the ballot box. That is why I've been supporting Somaliland's partition for the longest, we vote against what we disagree with and protest against the polices we see as against us, violence isn't the answer, It's the deaf mans way of hearing himself. It's no secret why the most tolerant Somalis are the most educated ones; we wouldn't mind the most Haram things as long as it isn't oppression.


Anyway if Ethiopia is still intact there is no fear of Al Shabaab return.
J

Taliban have the support of the local Pashtun people and have many who actually prefer them over the government. Al shabaab doesn’t have nowhere near the same following base, manpower or support by the locals so they’d never take over same way taliban did.Also I’d never understood or will ever understand the cuqdad somalilanders have against fellow somalis and why they wish al shabaab , violence and terror on their fellow ethnic and muslim brothers...
J

I agree with the whole wahabi thing though
R

As long as we got Ethiopia Kenya AMISOM we good.

VIP
HalimoEnthusiast
Tell me some things new, the south will soon be known as Alshababia. 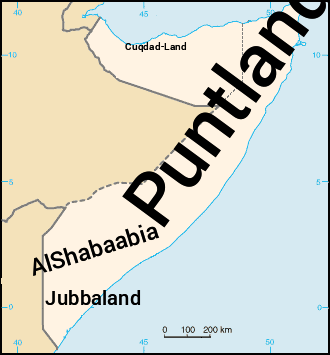 
Anyway if Ethiopia is still intact there is no fear of Al Shabaab return.
Click to expand...

AF NAAREED
VIP
I've noticed shabab only practise islamic law in minority heartlands like shabellaha hoose. In galmudug-bay-bakool they won't try that shit. It's obvious Somalis created al-shabab so they can use it as a way to power, especially for the inexperienced, un-educated islamic sunday school teachers who stood no chance in politics. Shabab leadership, make sure their kids are outside Somalia. They even don't want their kids under shabab rule.

Alshabab is not like taliban and doesn’t have the legitimacy. Although they may or may not take over Mogadishu terrorism will still continue.

Imagine if Alshabab got a taste of their own medicine like suicide bombings. ISKP is the new taliban and the Taliban are the new Afghan government.
F

SPMLegend said:
Imagine if Alshabab got a taste of their own medicine like suicide bombings. ISKP is the new taliban and the Taliban are the new Afghan government.
Click to expand...

That’s my point
A

Manafesto said:
Tell me some things new, the south will soon be known as Alshababia.
View attachment 206164
Click to expand...

why is Eastern Sanaag not included in PL when Cadaado is?
F