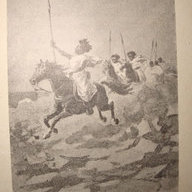 Teeri-Alpha said:
thank you ugas, i was wonder what on earth is geddi cali, no such thing amonsgt the ogaden absame race,

there is no ogaden in alshabab they would get killed, its like having a russian in the nazi army of hitler, they will kill you just because ahmed madoobe and hassan turki are from us,

we are clean, civlised, islamic oriented, living with Mj or MX wa alike living with Russians, mafia, we are like british, jolly and friendly and polite,
Click to expand...

VIP
Wait how can a eelay claim OG?

Shaolin23 said:
You guys don’t even know each other? If you don’t even know a sheegat OG how the fuck am I supposed to know who’s sheegat and who’s not how could you even allow a sheegat into your clan what’s scary is how many other subclans your not aware of

We know our subclans but niggas wanna claim us.

TekNiKo said:
Wait how can a eelay claim OG?
Click to expand...

They live as magan with ogaden. They claim them.

Ferrari said:
We know our subclans but niggas wanna claim us.

Shaolin23 said:
You guys don’t even know each other? If you don’t even know a sheegat OG how the fuck am I supposed to know who’s sheegat and who’s not how could you even allow a sheegat into your clan what’s scary is how many other subclans your not aware of

ugaas trust me they are not OG,

there is a reer dalal guy called abdirahman inda gaal in london becasue he has green eyes, reer dalal guy, reer zubeer not your dalal, he wrote abook called kuumade, he asked us Ogs to pay for the whole book we all chipped in 2015 and it has every kuumade left,

Ferrari said:
We know our subclans but niggas wanna claim us.

its casimada.com waa the fakest news of all,
F

Juuqbuuqluuq said:
Why cant Ahmed madoobe control outside of kismayo if jubbaland is Ogaden

a British from Manchester can go to sweet Canada or Australia or new zealand, with out visa my friend,

dont blame us if God made us lander, we were expanding and conquering lands in 1700s when most somalis were busy searching for water and food,

An account of Ogaden Domination in Jubaland and Nfd

"As a result of this manifest weakening of the Wardei they were attacked on
all fronts and it is no surprise that they could not defend themselves but had to flee for their lives. According Turnbull, 'the main contlict was in the east; and the actions fought at Afmadu, on the Deshek Wama, and at EI Lein are still- spoken of by the tribe

Ogaden were at this point led by the grand old man of the Abd Wak, Abdi Ibrahim , the Sultan, while there were a number of ' invasion commanders under him: Abdi Ibrahim was noted for his bravery and skill in war strategy which eventually led to the Ogaden dominance in the Jubaland. His remarkable leadership qualities are still remembered to this day by the Ogaden. Notable among his commanders were Magan Yussuf, the Sultan of the Mohamed Zubeer Ogaden, and Hassan Bejan of the Abdalla/Ogaden

Having displaced the Wardei from the Juba region by 1820s, the Ogaden were not
content to settle down but continued their southward expansion since the loot from the Wardei was an appetizing reason to continue their raids.

The Ogaden migration towards the Tana in the 1 860s and 1870s, was one of struggle to wrestle control of the land from the Wardei .The Ogaden were firmly estahlished along the banks of the Tana River by the 1870' s, having virtually conquered and suhordinated the Galla to
Somali domination. According to Turnbull the attack lof 1865 by the Somali when the Wardei were weakened by plague was so unexpected and so violent that the Wardei were utterly broken by it.
Scattered through the fighting was, hundreds were killed; those who survived either fled to neighhouring tribes or became serfs to the Mohamed Zuheir, the Telemuggeh, or the Magabul. Many were sold as slaves in the markets of Lamu, and Zanzibar.

Had it not been for the arrival of Imperial British East African Company rule in 1885, the Wardei would have ceased to exist as a community with a separate cultural and political identity."

"Over .the years, the Adjurans were subjected to constant raids by hoth the Degodia and the Ogadene especially the wars waged by the Rer Afgab Auliyahan and the Marehan, forced the Degodia to migrate to the Garreh country in
the vicinity of Mandera of what was to become the Kenya Colony"

Teeri-Alpha said:
its casimada.com waa the fakest news of all,
Click to expand...

Shaolin23 said:
Caasimada is kind of anti-Farmaajo site they play neutral but from what i get from their tone they are more opposition they post a lot of anti-Farmaajo articles just read their headlines
Click to expand...

the author must ideally be and the site must be owned by the Absamo kuumade race,

VIP
Ahmed Madoobe doesn't play around. Block those fake "goverment workers" from entering your road. Both Al Shabaab members and goverment employees work side by side. Two sides of the same coin.

Shaolin23 said:
It’s not about wanting to be part of us but how can you allow some Eelay to claim you infront of the world we don’t let that kind of shit happen we’ll slap an Eelay if he would try that shit

What are you talking about robbing how come ashraaf,dir,eealay,garre minorities in Gedo don’t claim Mx we are beyond racist and i know that Mx sub-clan who settles with Makahiil deep in their territory i think Reer Yuusuf if im not mistaken but they don’t claim OG they pay qaaraan with OG

VIP
How the fuck does 'sade' pay 'qaaran' or 'diya' with another clan? you mighty langaab. Bah Dubays of Osman mahmoud doesn't pay 'qaaran' with any clan even osman mahmoud but we live deep in riyoole land and wallahi we never paid 'qaaran' together.

THAT'S WHY I INSIST WE ARE STAND ALONE CLAN, WE PAY OUR OWN WAY. Infact all mj clans are like that, every clan help themselves and take care of themselves.

68 IQ zombie you don't even know what you're asking

What langaab tribe are you from 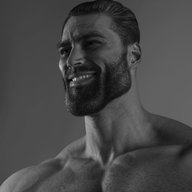 i once met a dhulbahante lady from america moan to me her cousin, a male was slapped by an caghdeer soldier, there was curfew due to ahmed landing with farmajo, in 2017, the dhulbahante was driving and tried to bribe the ogaden soldier, the ogadne soldier slapped him and made him get out of car and sit on the floor,

the nag maoned to me as i am royalty moahemd zubeer, i apolgised to her being a naago in her 50s no point and she had hot daughters from minasot, dhulbahante waa the ukrainai beautifies of east africa,

anyways the soldier slapped him and said you want me to take bribe and potentially kill my president ahmed cade,

thats how we keep kismayo, they are just more honest, its ogaden culture to be clean, shame rest of somali people are not very clean,

i can promise you one thing, if marehan was ruling kismayo there would be drugs growing in jilib just like hiraale allowed ato and gobale to grow drugs and no Mj would be save or any other somali, looting, robberies,, mass rape,

but one thing i liked about marehan is Mj knew to keep his mouth shut, marehan know how to tame dh1los like yall and make them behave, ogaden waa too civil and religious, sometimes we need that ruthlessness sometimes to make loud moths quite who dont want their sons to die but cry for kursi when sharing times come,

the female should be grateful as she had 6 kids and the honesty of that soldier and the ogaden ibn absame race culture waa one of honesty and dacad, imagine if a mafia paid money and her son was blown up? she would blame us,
Click to expand...

TekNiKo said:
Wait how can a eelay claim OG?
Click to expand...