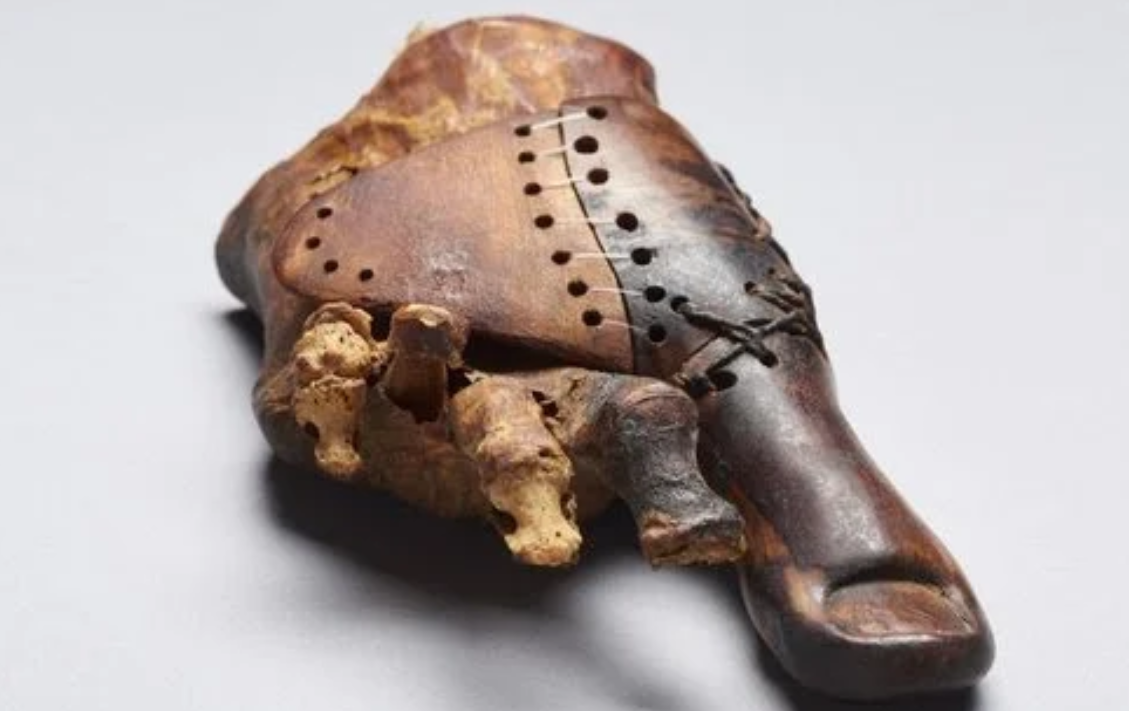 
That's because the toe is a 3,000-year-old wooden prosthesis, which was found attached to a female mummy in an ancient Egyptian grave site. Researchers think the toe is one of the world's oldest prosthetic devices. And now, further examination of the prosthesis has divulged even more information about the one-of-a-kind artifact and the time from which it came. Technologies like modern microscopy, X-rays and computer imaging enabled a team of researchers to determine the materials and method used to make the prosthetic.

For instance, their new research, which is still unpublished, found that the wooden toe was refitted several times. Based on the meticulous construction of the ancient prosthesis, the researchers determined the wearer — a priest's daughter — wanted the toe to look natural and be comfortable to wear. [24 Amazing Archaeological Discoveries]

"The artificial toe from the early first millennium B.C. testifies to the skills of an artisan who was very familiar with the human physiognomy," the researchers said in a statement. "The technical know-how can be seen particularly well in the mobility of the prosthetic extension and the robust structure of the belt strap."


The Early Iron Age prosthesis was found in a tomb cut into the older burial chapel at the graveyard hill of Sheikh Abd el-Qurna, west of Luxor, Egypt. According to the researchers, the chapel was part of a group of rock-cut tombs built for upper-class people close to the royal family. Though the tomb had been plundered, many archaeological remains have been uncovered at the site, and researchers are creating "life histories" of the people who would have used the ancient objects.

VIP
Who's going to claim that too?

Dalmoor said:
Who's going to claim that too?

I'm more interested in somali history. Too bad reer stupid qabil wars will never resolve their differences for us to dig up our history. Also somalia has the largest dinosaur fossils because the oldest dinosaurs lived there. Imagine finding a t-rex larger than a diplodocus.