Fifty years after the world said “Never Again” to the horrors of the Holocaust, genocide took place on European soil.

The name Srebrenica has become synonymous with those dark days in July 1995 when, in the first ever United Nations declared safe area, thousands of men and boys were systematically murdered and buried in mass graves. The victims, predominantly Muslim, were selected for death on the basis of their identity. This was the worst atrocity on European soil since the Second World War.

Although Srebrenica is the only mass killing in Balkan wars that has been officially ruled as genocide by the international courts, this atrocity was only the final act in a much broader genocidal strategy—euphemistically dubbed “ethnic cleansing”. The Srebrenica genocide was the planned, systematic, and industrialised conclusion of a four year campaign of forced deportation, torture, mass murder and systematic sexual violence by Bosnian Serb forces in service of their goal to create a “Greater Serbia”.

Genocide does not happen overnight. It begins when hatred and intolerance are left unchallenged or are manipulated for political gain. With the fall of Yugoslavia, politicians in the region used divisive nationalism to gain power and influence. Propaganda and misinformation were utilised to spread first fear and then hatred, breaking apart decades of trust between vibrant and integrated communities and turning neighbour against neighbour.

The lesson from Srebrenica is that no society is invulnerable to prejudice and intolerance. We must all remain vigilant against these forces, and take positive action to build stronger, more resilient communities.

"Whatever you do, but don't forget the genocide. Because a forgotten genocide is repeated." - Alija Izetbegović 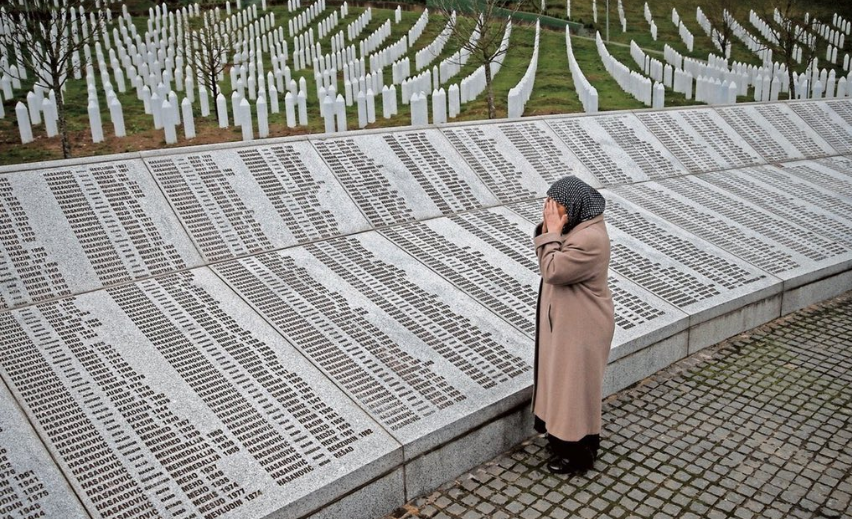 On July 11, 1995, Serbs captured the town of Srebrenica, Bosnia-Herzegovina, starting a genocide that would result in the deaths of 8,372.

VIP
The ugly side of humanity, never again.