Two men dead after shooting outside Rebel nightclub in Toronto

Toronto police rushed to a parking lot outside Rebel nightclub, near Cherry and Polson Sts., around 3:10 a.m. for reports of a shooting.

When emergency services arrived, they found two men in their 20s with gunshot wounds.

Paramedics said one man was pronounced dead on scene. The second victim was rushed to a local hospital in life-threatening condition, where he later died from his injuries. Both men are believed to have been patrons of the nightclub.

“There was an altercation that occurred in the parking lot of Rebel nightclub, and we believe that altercation is what led to the shooting,” said Detective Kathy Stephenson from Toronto’s homicide unit.

She said a black vehicle was seen speeding away from the scene and last observed heading north on the Don Valley Parkway. No suspect information is available at this time, but Stephenson said they are speaking to witnesses and reviewing security footage provided by the nightclub.Forensics are on scene.

20 yr olds AND shootings: I hope they aint somalians. 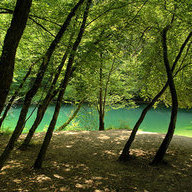