The Cannibal Who Became A Folk Hero In Japan! 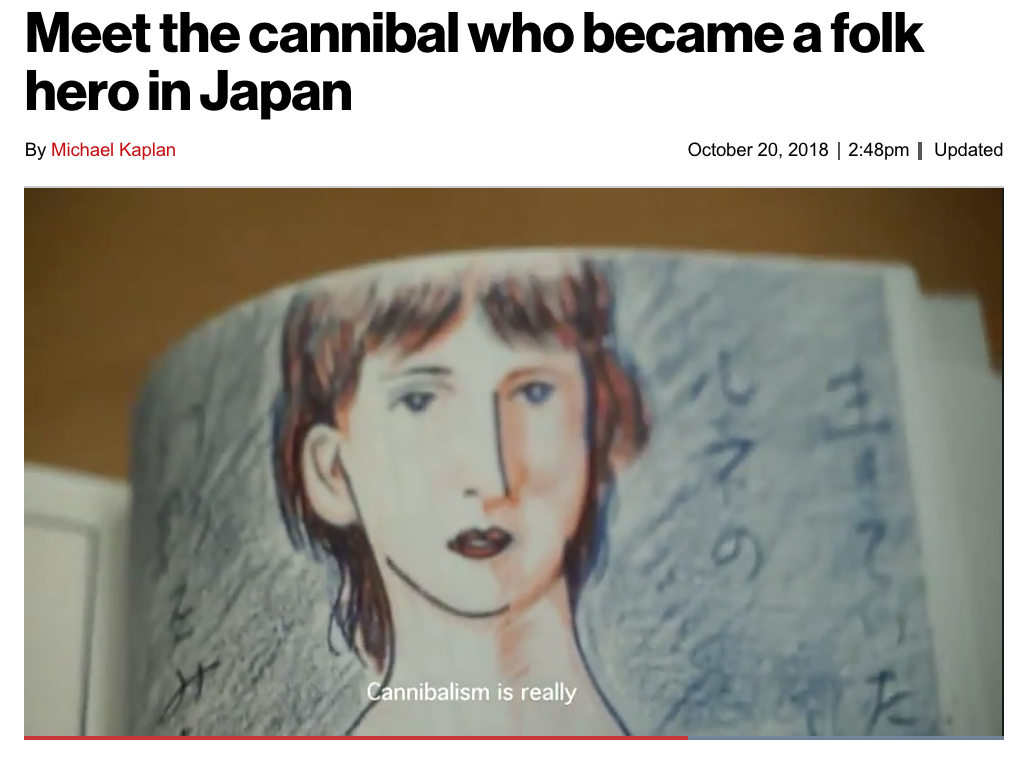 Cannibalism rarely serves as a good career move. But it has sustained Issei Sagawa, now 69, since the 1980s. Books, movie roles, a comic book, countless talk-show appearances in his native Japan — even a verse in the Rolling Stones song “Too Much Blood” (“And when he ate her he took her bones/To the Bois de Boulogne”) — all stem from a horrendous act he committed in 1981.

I remember coming across this story as a child. Japan is a weird but yet fascinating country.

VIP
I wonder if human meat tastes like chicken. You know how whenever people eat weird things they all describe it as tasting like chicken.


Has a cannibal ever described the taste

Boqorada said:
I wonder if human meat tastes like chicken. You know how whenever people eat weird things they all describe it as tasting like chicken.


Has a cannibal ever described the taste

According to Issei Sagawa, who killed and ate a Dutch exchange student, it tastes odorless, is not at all gamey, and is delicious.

From an interview with him:

"Also, you know how beef or whale meat has a sort of beastly smell to it? Human meat is odorless. I actually believe that human meat is the tastiest of all meats. It doesn’t have any of that gamey animal smell. When I ate some more a couple of days later, just before I got arrested, the meat had become sweeter and it tasted great. The meat on the soles of her feet smelled bad, though, and didn’t taste very nice. The neck was the best. The meat tastes more delicate as you move up the body, especially above the torso. Her tongue was delicious as well. I took it out of her mouth and chewed on it raw. Neither the neck nor the tongue has much meat on it, though, so if you really want to feast, you should eat the thighs."