Man Utd have been cursed since I habaared them in 2013. Y'all will never return to your former glory nacalaa. 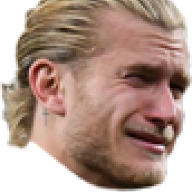 That won't happen because they will play 7 at the back

MARAQ DIGAAG said:
That won't happen because they will play 7 at the back

You can always trust the portuguese Pulis to make a game as scrappy as possible.

MARAQ DIGAAG said:
That won't happen because they will play 11 at the back

felaini, herrera and pogba all to play second line of back 5.
lukaku to play right wing back.

felaini, herrera and pogba all to play second line of back 5.
lukaku to play right wing back.

Why does mourinho Hate martial ?

Mourinho thinks he can sit back against the best attacking team in Europe? What a

Utd need both Martial and Rashford.

No pace, no width, they look like they're out of ideas.

it's over
I'm bouncing, pce

Where's Luismi when you need him nacalaa 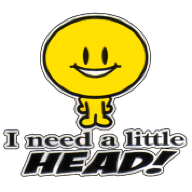 90 mill for the belgian darren bent.

I haven't hated a player as much as this wacal in a long time. Brings nothing to the team but booty clapping for Rashford, Lukaku and Pogba 

I have more respect for akhi Fellaini than this kalab 

The wacal runs and runs for 60 minutes doing fuk all 

Keeping Martial and Mata out of the team

The two most creative players we have.

I can't stand this stupid 3-5-2 we don't have the wingbacks for it to work. Lukaku gets no service when we play this stupid formation.

This nigga needs to change or Walahi fans will turn on his ass with this disgraceful ugly football. I'm telling you rn if he parks the bus against the big teams again this season and we lose those games guy isn't gonna stick around especially with the ugly football.

LVG had better record vs the top 6 than this fool who's spent more smh. Get your shit together Mou or I'm bringing my banners out like DT.