Somaliland Livestock Will Be Exported to SA, Gulf Countries Without Somalia Say So 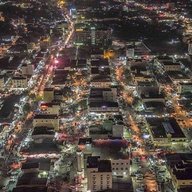 The Chairman of the Somaliland Chamber of Commerce, Livestock and Fisheries, Jamal Aideed Ibrahim, Sunday, announced that Somaliland livestock will be exported to the Saudi Kingdom, other Gulf countries and wherever else a market is available without either a covert not an overt intervention on the part of Federal Somalia.

Jamal Aideed, at a conference he held at the Chamber offices, Hargeisa, stated that the Kingdom has lifted a condition it has previously attached to the export of livestock, probably on behest of the weak federal government in Mogadishu.

The condition stipulated that a certificate attesting to the sound health of livestock exported be originated by Somalia – as different from the Republic of Somaliland.

Jamal revealed that Saudi livestock exporters communicated with the Chamber, Somaliland exporters and the Ministry establishing the Saudi Kingdom has lifted the offending condition from Somaliland livestock export and that said export will follow along the lines it traditionally followed over the years.

Jamal, also, lauded the stand that, together, the Somaliland business community and the government took which declared that Somaliland would rather not export a single head of sheep than bow to the Somalia-instigated condition.

VIP
That's great, now only if we could focus on building up burco
J

NABADOON
VIP
This is great news, I don’t think there should’ve been a problem in the first place, SL has been exporting livestock to SA for a long time

Jiron said:
This is great news, I don’t think there should’ve been a problem in the first place, SL has been exporting livestock to SA for a long time
Click to expand...

Most of thr Somalis is SA are from Somaliland too we have a lot of Somalis there doing the lobbying for us.

Somaliland will never be recognised!

VIP
of course no evidence provided, as usual

Somaliland will never compromise on its sovereignty.

embarassing said:
of course no evidence provided, as usual

I just posted the minister speaking and telling you exactly that, what more do guys need.