VIP
From what I've been told, it all started with this tweet:


Some Arab started randomly tweeting the word 'nigga'. It had nothing to do with Somalis, but of course a Somali SJW came along and injected herself into an issue that did not involve her, sucking all of Somali twitter into a war with the Arabs.


Some of the ridiculous tweets:


And it's still continuing.

These SJW somalis suck!! why do they bug every ethnic group?

First they were on Palestinian nutts then AA nutts , Indian nutts, then Cadaan nutts and now bunch of Random arabs for saying nigga. A word we have zero relations to.


Somalis got to do better than this, weak combacks and insults. They sound like people crying!

VIP
The comebacks were absolutely horrible and dumb ass Somalis were cosigning that shit. They could have mentioned a million things about Arabs, but instead they turned to the religion. The tweet about the Prophet (saw) being sent specifically to Arabs because they were corrupt did it for me.

Like, how are you going to use that as an insult? Prophet Muhammad was a Prophet for all of humanity; if he was sent specifically to Arabs, then wtf are 99% of Somalis Muslims?

LOOOOOL! i was laughing at that too.


they attacked a dude for saying he is a proud arab, he didnt even mention somalis and then went around asking them to stop buggin him, he even apologized for nothing

Amazing!! Wale i would have an epic comeback to that that diss on somali girls. but these losers would rather play the victimcard and at the same time bring religion into the matter

Times like these are when I don't claim Somalis. She had no business getting involved since we're not *******, but trust SJWs to get involved in shxt that don't concern them. Even the blacks she was defending sided with the Arabs.

VIP
The whole fight started when a group of Arab guys trolling and saying they wanted to get Nigga trending. It had nothing to do with Somalis, but now they're doing on day 3 of insulting each other. Somebody stop these SJWs.

I will admit I went off on one arab, he mentioned Somalis though. Something like we Arabs come together when somalis mention us. I went off.

VIP
Somalis always acting hard against each other , but squirm like the slabs of jelly when confronted with foreigners yaab, same old same old.
G

I remember how this girl attacked Somalis and somalis had like 5 epic comebacks.


And the combacks were awsome

luckily these are not SJW somalis, the sjw somalis would provoke people and then squirm and not be able to dish one out. They are the worst walahi soo pathetic
Q

Those comeback were impressive.

Looooooooooool@secure you and become an hiv positive.

Those comeback were impressive.

Looooooooooool@secure you and become an hiv positive.

You should have seen the combacks against the palestinians. Those were brutal.

Everyone of them made by non SJW. The sjws are soo weak
B

VIP
Salute to the non SJW Somalis who went brutal on that Palestinian and that madow chick too.

Somalis have always been good at dismantling Arabs. I used to make them cry as a teenager and they called me racist. Best years of my childhood. But these new breed of SJW Somalis are fucking embarrassing us. 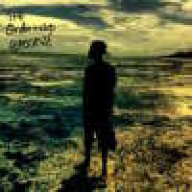 In the meanwhile, the cadaan master watches his subjects from the balcony

Arabs have taken a beating. They have no countries left. Daesh are beheading the Christians and Shia, the West is killing off the so called Sunnis (they blew their towns and cities up lol). They found an outlet for their anger i.e. bashing Somali teenagers online because we were dumb enough to join the Arab league, fursadda waxaas ayaa furtay. If Ethiopia stopped being such evil dumbasses and causing trouble, we'd have the Horn Nations to be a part of. The Bantu have the East African Union, the Arabs the Arab league and we should have a Horn Nations Union and cut off connections to sand ******* and ****** *******.
B

VIP
A Horn Africa coalition with all 4 nations working together for a better future and become the Scandinavia of Africa. We could add Sudan into it but their allegiance probably lies elsewhere. We will cut off ties to the Arab savages...that'd be nice but Ethiopia are playing.

The Arabs are a worldwide embarrassment. They take terrorism and violence wherever they go. They cause so much violence in europe. Arabs are the reason Muslims in europe have a bad name. These savages constantly shooting up places. On top of that, Israel have been pwning them for decades. They are fighting Kurds and they are fighting Iranian shias as well as their own shias. They are beheading their own people and blowing up their towns. Nothing positive to say about Arabs.