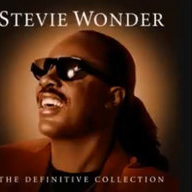 Does anybody else come from Somaliland and believe we'd better be off as a ethnic group and people together and not divided by nation states divided we are weak? how will this happen idk to be honest. maybe the stronger state absorbs the weaker? Anschluss somali style? this is just a brainstorm of a unified somali state and it's many sub groups and how'd it function.... how it would be unified and its main political entities e.ge

I think you should delegate responsibilities across the regions, don’t concentrate power in Hargeisa.
C

VIP
Somaliland won't exist in the near future as it does today what I mean by that specifically is its ability to function independently. They exist today for the sole reason of Mogadishu's incompetence to say in other words they are the "victors of chance". In their almost 30 years of existence they have been unable to create a fully democratic country and rely on a simple peasant economy which is almost exclusively livestock.

If Mogadishu was competent their main objective in Somaliland would be to entice the future generation of that region which are 80% unemployed. Rather than the doses of khat Somaliland has allowed its population to get hooked on, Xamar's alternative will be job creation.

There's 1000s of jobs being created in the south in agriculture and services, removing the tribal element and creating a fair opportunity for northerners will put an end to any aspirations of statehood. People forget this but I remind them that it is the diaspora which fuels this mentality from the comforts of their free London housing the average man wants food, job and security.