VIP
Ali Issa Ahmad, 26, a British Arsenal fan who lives in Wolverhampton, travelled to the UAE for a holiday in January. While he was there he got a ticket for an Asian Cup match between Qatar and Iraq on 22 January. The tournament took place in the UAE between 5 January and 1 February and was won by Qatar.

Ahmad wore a Qatar shirt to the match not knowing that doing so in the UAE is an offence punishable with a large fine and an extended period of imprisonment.

After his initial arrest he was held over claims that he had made false allegations about security officials, a friend of Ahmad told the Guardian. 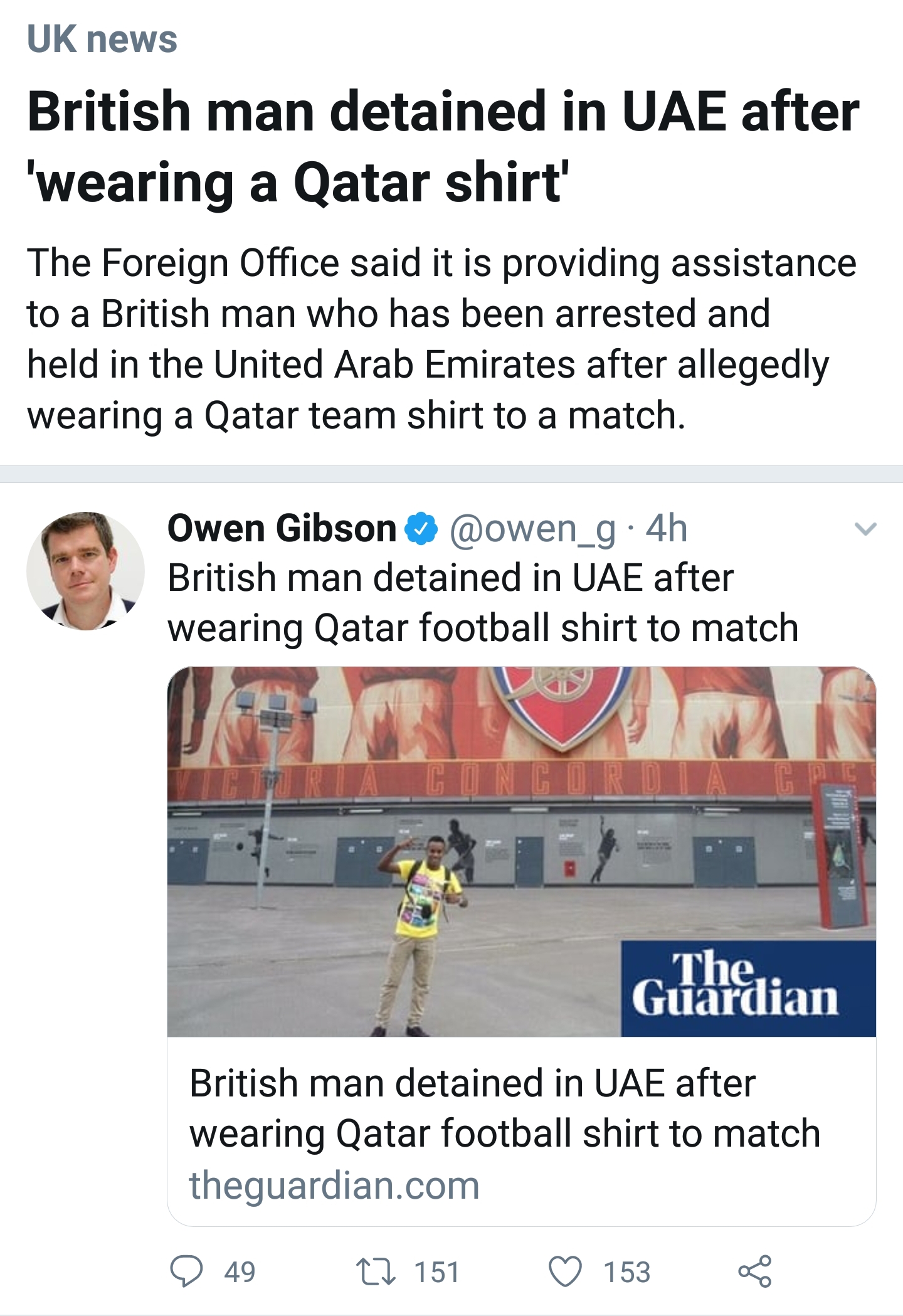