Leader of the QADRIYAA SECT in East Africa.
Introduction


East African Islamic revival owes much debt to the struggles of the Qadiri leader Shaykh Uways bin Muhammad al-Baraawi. From humble origins and modest upbringing, Shaykh Uways emerged as the most eminent hero of traditional Sufi Islam. A combination of exquisite poetry and active proselytizing garnered him huge influence.

From Barawe, he traveled to Baghdad, the hometown of Abdul Qadir al-Jilani, to the Hejaz, then to Zanzibar and finally met a tragic death at the hands of a rival Sufi brotherhood. His travels and preaching arrived at the perfect time to counter the colonial expansion, puritanical onslaught and encroaching Christian missionaries. This paper will discuss the heroic struggle of Shaykh Uways bin Muhammad al-Baraawe as a true martyr and savior of East African Islam.

In referring to his early life, the main sources of information come from two hagiographies written by his Khalifah Abdul-Rahman ‘Umar al-Qadiri, the Jawhar al-Nafis and Jala’ al-‘Aynayn. As translated by S. Samatar in Sheikh Uways bin Muhammad of Baraawe, Uways was ethnically a Black Tunni. He was born in 1847 in Baraawe on the Benaadir Coast. His father, al-Hajj Muhammad b. Bashir, was a minor religious official. Samatar perceived his family background as “well-to-do”, while Choi Ahmed termed it “less than noble”. Whether his family was actually rich, poor, educated or illiterate, the fact of the matter is that Shaykh Uways’s mind was more influenced by his teachers as follows.

Also known as Shehu Awesu in Swahili, Shaykh Uways obtained a simple elementary education in basic religious sciences and only later furthered his studies with eminent scholars. He studied the Qur’an, Qur’anic exegesis, syntax and grammar, legal principles and basic Sufism under the tutelage of one Shaykh Muhammad Tayini al-Shashi in his local vicinity. Apparently excelling in his studies and piety, he caught the attention of his teacher who then introduced him to the Qadiriyya doctrines and took the young student to the place of Qadiriyya’s origins, Baghdad, in approximately 1870.

This peripatetic journey was a turnaround in his spiritual search and religious credibility. He studied with the eminent Qadiri, Sayyid Mustafa b. Salman al-Jilani and later claimed to receive an ijaza from his teacher, thus boosting his reputation. Despite this, B. G. Martin described his training and education as “relatively provincial, mildly uninspired, and above all conservative and conventional.” He also made pilgrimages to Madinah and Makkah during this spell, which normally marks a spiritual milestone for Muslims. And truly so, his life took a drastic turnaround.

In 1883, he made his way back to his hometown for good, a very important journey in enhancing his reputation where he passed through the Hejaz, Yemen and northern Somalia. In northern Somalia, Choi Ahmed claimed through oral tradition that Shaykh Uways met the renowned Qadiri Shaykh Abdul Rahman az-Zayli’i near Qulunqul right before his death to be given complete control of the Qadiriyya in Somalia. On the other hand, S. Samatar claims that Shaykh Uways merely visited his tomb and received a symbolic ijaza to preach. However, both imply that Shaykh Uways successfully established himself as the successor to the much revered Shaykh al-Zayli’i.

As often the case, one’s rise to prominence will always be at the cost of others. Shaykh Uways brought huge reputation as he returned to his hometown of Baraawe. Elevated as a leader of the Qadiriyya in southern Somalia (which later became a sub-branch named after him, the Uwaysiyya), Shaykh Uways began missionary works throughout East Africa. His prominence was met with envy by the rival brotherhoods of Ahmadiya and Saalihiya (B. G. Martin), even his family members (S. Samatar). The intense clash for influence led Shaykh Uways to seek greener pastures, perhaps in emulation of the holy Prophet Muhammad’s (pbuh) hijra from Makkah to Madinah.

This decision made room for further proselytization that increased his influence. He moved inland and founded Beled al-Amin (translated by Samatar as “Town of Peace”) which flourished into an agricultural town. Bearing testimony of his mass appeal, Samatar mentions that “nomad and farmer flocked to his community, bringing with them gifts in vast amounts of livestock and farm produce”. Freed from external pressure, Shaykh Uways and his followers were able to devote time towards proselytizing the Qadariyya threatening the influence of the Shadhiliyya led by Sayyid Muhammad Maaruf from the Comoros Islands, the Salihiyya of Sayyid Muhammad Abdallah Hassan in northern Somalia and Christian missionaries from inland Ethiopia.


The struggle of Shaykh Uways against the Salihiyya was so intense that he was resolute to being a martyr (Martin). Moving north to curb the influence of radical nationalist and puritanical teachings of Salihiya neo-sufis, Shaykh Uways was tragically murdered by Salihiyya followers in 1909. His death was a shock to even Salihiyya adherents, where Choi Ahmed writes them feeling remorseful. The Sayyid, however, composed a poem to celebrate his brotherhood’s victory, although Choi Ahmed mentions a differing view of the Sayyid’s reaction from northerners.


In studying biographical portraits of Shaykh Uways, it seems clear that Shaykh Uways’s scholarly works are conservative and mostly concern spiritual upliftment through poetry and short pieces which Samatar describes as “pamphleteer par excellence”. In contrast to other great Sufi leaders of Africa, Shaykh Uways was not much concerned with visions and dreams as is normally the case amongst traditional Sufi leaders, nor changes in worship forms other than that of traditional Qadiri methods. Choi Ahmed also noted that the Uwaysiyya’s qasidas end with the phrase La ilaha illa llah accompanied by moderate swaying and drums. This openness towards music and dance will of course attract criticism from the puritanical Salihiyya as will be later described.


A significant attribute of Shaykh Uways when reading his works was that he was completely bilingual in both Arabic and Somali as evident in his poetry and pamphlets (Samatar). His literary creativity was demonstrated in being one of the first to write Somali in Arabic script for his Somali poems. Besides theological and sufi matters, Shaykh Uways also participated in a war of words with his northern rival of the Salihiyya, Sayyid Muhammad Abdallah Hassan. In these poems, Shaykh Uways demonstrated his willingness to utilize harsh words of criticism towards his rival. An extensive literary analysis of the two figures by Samatar was concluded with the analogy “Sayyid was the Shakespeare of the Somalis, Sheikh Uways their Martin Luther.”


His influence pervades throughout East Africa, from islands surrounding Zanzibar to as far west as the Eastern Congo and as far south as the Tanganyika(Choi Ahmed). His influence in Zanzibar was attributed to his close relationship with the Sultanate, two of whom he took as his Khalifah. This close relationship was established as a result of the Zanzibar Sultan’s encouragement. His widespread appeal is also attributed to the present circumstances of the Benaadir coast where foreign migration robbed local economic domination. The locals thought their calamity correlated with their lack of spiritual strength rather than external circumstances. Sufi orders then “provided a context for exploring these failings and proposing solutions by means of a renewed moral framework” (Reese). This phenomena elevates the status of wadaads (Choi Ahmed) where merchants subsidized activities of the wadaads (Reese). Due to the Qadiriyya’s popularity, of which Shaykh Uways led, his elevated status was most felt.


In terms of social class, the followers of Shaykh Uways ranged from the lowest slaves to the highest of the elites, the Zanzibar sultans who too became Uways’s Khalifas. He appealed to rural farmers as well as urban dancers, where a story quoted by Choi Ahmed states that enjoying his beautiful poetry overwhelmed the pleasure of dancing. In essence, his influence transcended clanship and social hierarchy. This can be traced back to his humble roots as a lowly Black Tunni, his pan-Islam philosophy which transcends cultural and tribal barriers, and openness towards rulers, such as the Ottomans and the Zanzibar sultans. Choi Ahmed sees Shaykh Uways’s organization as being more compatible economically, and openness towards African traditions. This, he conjectures, was learnt from the Baadheere Jihad.


It is important here to understand that Shaykh Uways’s heavy missionary work was not merely to gain personal influence but was linked to a broader objective of Islamic revivalism through links with pan-Islam movements in Ottoman Turkey (the father of his teacher, Salman b. Ali was a close associate of Sultan Abdul Hamid II according to Choi Ahmed) and the Zanzibar sultanate. However, his traditional Qadiri doctrines such as tawassul, karamat, Baraka and veneration of saints clashed with the puritanical Wahhabi-like Salihiya under Sayyid Muhammad Abdallah Hassan.


As aforementioned, Shaykh Uways from southern Somalia was caught in a hostile tussle for influence with the Salihiyya led by Sayyid Muhammad Abdallah Hassan in the north of Somalia that eventually led to his death in 1909. The encounter started by trading poetry lines to attack each other’s personality and beliefs, where Shaykh Uways (and various other contemporary poets) accused his rival as a womanizer, and Sayyid Muhammad replied with aplomb by accusing Uways of bidaah (innovation in matters of religion) (refer to translations of their poetry by Martin and Samatar).


As has been shown, Shaykh Uways is an exemplary figure of piety and holy struggle in emulation of the Prophet of Islam’s message. Coming from a Black Tunni ethnicity, he has shown that one does not need special lineage leading to the Prophet Muhammad, or of Hadrami descent to earn educational and scholarly privileges. Fully understanding the prevailing socio-economic circumstance, Shaykh Uways effectively proselytized to educate the East Africans, overcome clan barriers, and reformed his society in ways not achieved by a nationalist struggle like the prominent Sayyid Muhammad Abdallah Hassan.


A forgotten legend even Old man Grant who visited Somalia back in the 60's is aware of this legend.

He was murdered, subhanallah may Allah grant him jannatul firdaus. 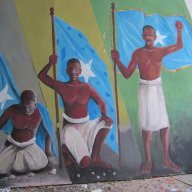 Proves the point that"sayid" abdullah xassans cause was ideological (saalihiya vs qaadiriya) as opposed to the usual nationalistic rhetoric certain somalis portray.

@Grant Here is a picture of the Shaykh aun

A poem of his 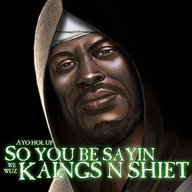 How did I miss this!

One of my relatives was the wife of a great Northern Sufi Sheikh AUN, whose name I won't mention for qarxis reasons. His house is literally a treasure trove of books on Islamic jurisprudence and philosophy.

@SultanuuFicaan what does the author mean by "black Tunni"?

One of my relatives was the wife of a great Northern Sufi Sheikh AUN, whose name I won't mention for qarxis reasons. His house is literally a treasure trove of books on Islamic jurisprudence and philosophy.

@SultanuuFicaan what does the author mean by "black Tunni"?
Click to expand...

The great shiekh may god be pleased with him hailed from the Tunni sub clan, among the Raxanweyn confederation. Southern Somalia is very diverse in terms of clans.
https://en.wikipedia.org/wiki/Tunni_language - interesting language they speak, hopefully we can preserve this and other Sub languages from the Somali family

Zayd said:
How did I miss this!
Click to expand...

@Canuck made a thread a while back on two leading Somali Hanafi scholars from the 14th century who studied and died in Cairo, god bless both learned men. Our scholars were well respected throughout Arabia and Egypt.

A shame that such topics get little responses while the general trash hits 20 pages or so.
Last edited: May 7, 2017
K