PUNTLAND:THE TIME OF RECKONING HAS COME FOR THE PART-TIME PRESIDENT OF PUNTLAND AND HIS WEAK CABINET

Amid a skyrocketing inflation, widespread insecurity, months of unpaid salaries, severe drought effect and declining public confidence in the administration, the Puntland state parliament has finally awakened from the induced coma and acted on behalf of the people passing a timely motion of no confidence against Gaas’s cabinet over incompetency.

Puntland leaders are accountable to the public through the state parliament and it seems that the recent demonstrations of people from multiple towns about the effect of inflation on their lives among other things have not fallen on deaf ears, prompting the parliament’s quick dismissal of government.

Gross inefficiency, financial malfeasance and lack of budget frugality, ubiquitous corruption, nepotism and favoritism, and negligence of duties on the executive side coupled with the total lack of interest in holding the government accountable on the legislative side culminated in the current sorry state of the state of Puntland. Governance is not an always self-correcting system that is why branches of government and properly functioning checks and balances are created and essential for good governance.
Click to expand...

The dissolved cabinet (the largest ever in Puntland) was an ever-expanding quantitatively improved, full of accomplished grovelers and largely out of touch individuals, where many of the respected and able people had already departed and the few good men still remaining were powerless and marginalized. Thus, while the dismissal of the cabinet of underachievers is seen as a welcoming and necessary first step towards government accountability and genuine improvement, in Puntland power revolves around the presidency. Therefore, the real focus should be on the president himself who is the under-performer-in-chief. The buck stops with him. He is ultimately responsible for every aspect of the failure. Changing or rearranging the crew is not enough when changing the captain is required.

Gaas came into office promising the moon but delivered little. Promising to fix the broken system of governance in Puntland, but he only brought it into a complete paralyze.

Perhaps among the factors that have contributed to the parliament’s overall dissatisfaction and ultimate dismissal of the cabinet was the president’s sense of lack of urgency and low energy approach to run the affairs of the state more effectively.
Click to expand... 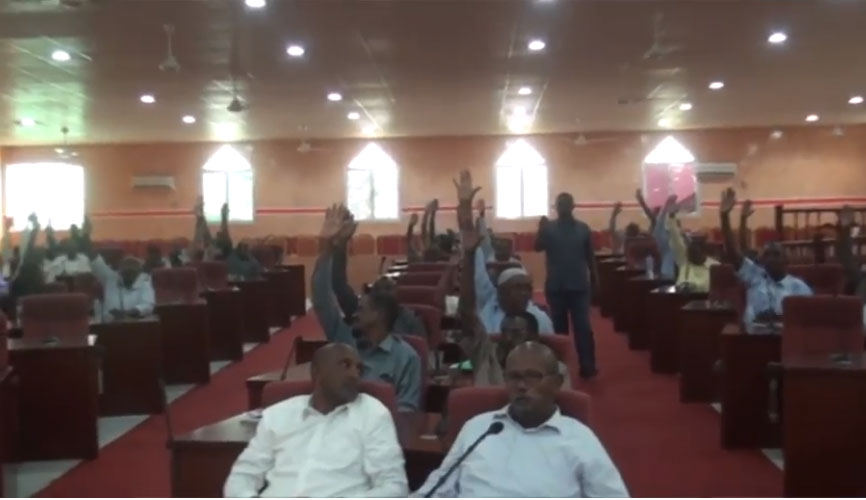 VIP
Thank you for posting this mr @Xooshdheere because that's the difference between our people: accountability. It is important that branches of the state can check each other so the parliament did not like the executives malfeasance, we are delighted to further our progress of all puntites.
S

I have vested interest in Prozac staying

Starscream said:
I have vested interest in Prozac staying

eega this pokemon. Is your interest airports, roads or ports or is it destruction? People have prayed for puntland's downfall since 1998, I must know what is your interest.
S

Cotton Eyed Joe said:
eega this pokemon. Is your interest airports, roads or ports or is it destruction? People have prayed for puntland's downfall since 1998, I must know what is your interest.
Click to expand...

No is in the interest of my stomach

Starscream said:
No is in the interest of my stomach