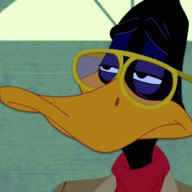 How has no-one made a thread about this yet?
http://edition.cnn.com/2017/09/05/asia/north-korea-putin/index.html
People are comparing this increase in military tensions to the Cuban Missile Crisis back in the 60's.
Do you think NK is just posturing, or do you think Kim Jong-Un is crazy enough to actually try to fire nukes at the US?

No one takes NK 100% seriously compared to the US and the USSR back in the day. The threat was real back then but NK a bunch of pussies
Last edited: Sep 6, 2017
M

US will fok the fat midget in the ass if he tries anything. China, the only ally he has, are too busy planning global economic domination so they won't even bother with this retard. China also doesn't want war with the US yet so they'll abandon him.
Russia is no longer powerful and can't do shit. Imagine going from world superpower to being sanctioned by your previous opponents like a *****? That's the highest level of L anyone can take.

So the fat f*ck has no one to save him.
He's just talking big to sound threatening. In reality, he's done. I give him 10 year max before he's overthrown, assassinated or commits suicide then North Korea falls apart

This is a gimmick/fabrication from the White-House to create a controlled major crisis and create an American/global unity under the leadership of Donald Trump. Wag the Dog all over again.

This is another one of uncle Sam's manufactured crisis. Tell me, why would Kim Jong-Un destroy his nation, end his family-line and reduce a large section of the Korean peninsula into a radioactive wasteland? He has literally no reason to escalate tensions into a full-blown war. He will gain absolutely nothing from attacking the US or her allies. The only way there will be war is if the US attacks first. All this media fear-mongering and doomsday predictions serve only to legitimise a US pre-emptive strike. 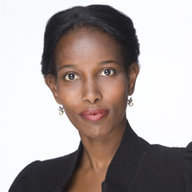 VIP
Kim Jong Un is going out of his way to prove people he is worthy :siilaanyolaugh:

No one thought he would take over & after he did people were doubting him comparing him to his father & grandfather.

This is all his ego acting up. He'll just have the nuke up for display. He knows he's over if he uses it & then he'll only be a fat pig looking loser without his pig looking family's money, which they only accumulated through fucking their population over for decades. There's no one fat guy in NK except him