VIP
The Cape of Spices

*In ancient history, Xaafuun was called 'Opone' by foreigners like the Greeks in ancient times. Mentioned in the old script 'Periplus of the Erythrean Sea'.

VIP
The Sultanates/Kingdoms of the North-East and Trade

VIP
1880- Punishment for someone who deceived the Sultanate's treasury.

VIP
Of course, trade can result in disputes and even murder.

Below is a peace treaty between the Sultan of the North-East and the Na'ib of Mukalla. 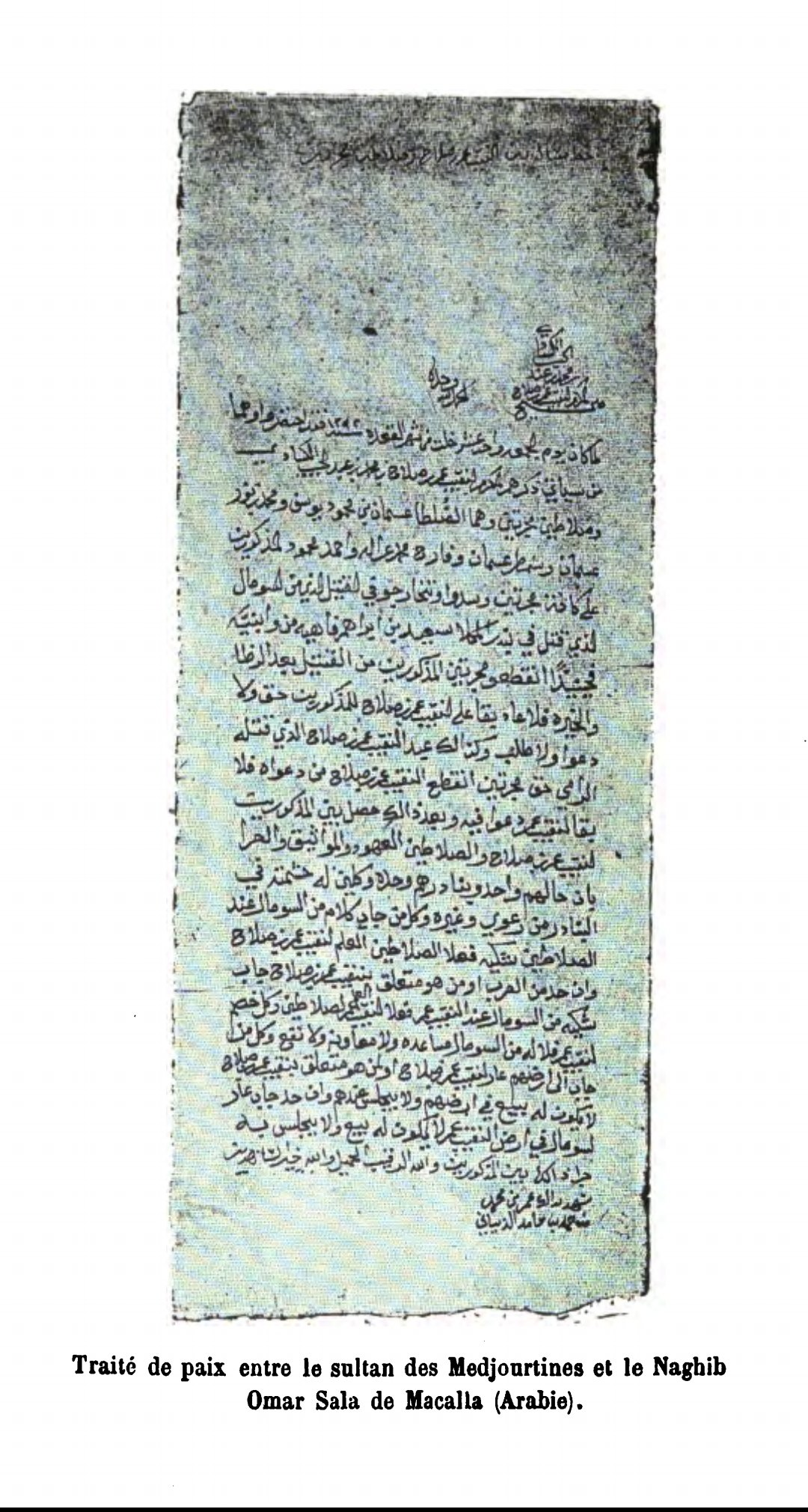 When it was Friday, and eleven [nights] had passed in the month of al-Qa'da of the year 1292 [11 Dhu'l-Qa'da 1292/9 December 1875], there were present the two lordly and honorable [parties], namely, the naqib "Umar b. Salah b. Muhammad b. 'Abd al-Habib al-Kasādi and the sultans of Mijirtin. They [were] the sultans "Usmän b. Mahmud Yusuf, Muḥammad b. Nür "Usman, Samaṭar "Usmän, Färah Muham- mad 'Arala, and Aḥmad Mahmud, who are over all Mijirtin. They settled and disengaged [themselves] in regard to the killing of the Somali who was killed in bandar al-Mukalla, Said b. Ibrahim Fahiya from [the] Wabunayya." Then the said Mijirtin, having [received] satisfaction and a gift, cut themselves off from [the case of] the killing. The aforesaid no longer have a rightful case against the naqib "Umar b. Salah, neither a claim nor a petition. Likewise, the naqib "Umar b. Salah has dropped charges against [the] Mijirtin in regard to the one whom Rāmi killed. The naqib Umar b. Şalah has cut [himself] off from his claim; the naqib "Umar no longer has a claim in [this case]. After that the aforesaid, the nagib "Umar b. Salah and the sultans, concluded among themselves obligations, agreements and bonds, to the effect that their condition should be one, and their port cities should be as one. Each of the two parties will have authority [literally, 'his seal'] in [his own] ports over subjects and others. When- ever a Somali brings a complaint to the sultans, the sultans will bring this to the attention of the naqib Umar b. Ṣalāḥ. If one of the Arabs, or anyone who is subject to the naqib "Umar b. ŞṢalāḥ, brings a complaint against Somalis to the naqib "Umar, the naqib Umar will bring this to the attention of the sultans. Whosoever is an adversary to the naqib "Umar will have neither aid nor assistance nor advantage from the Somalis. Whosoever brings an offence to the naqib Umar b. Ṣalāḥ, and comes to their [the sultans'] land, will not be allowed to sell in their land, nor to stay with them. If anyone brings offence to Somalis in the land of the nagib "Umar, he will not be allowed to sell, or to stay with him. This took place among the aforesaid, and God is the Guardian, the Guarantor. God is the Best of Witnesses. "Umar b. Muhammad witnessed to this. Hamid al-Dhayani witnessed to it.