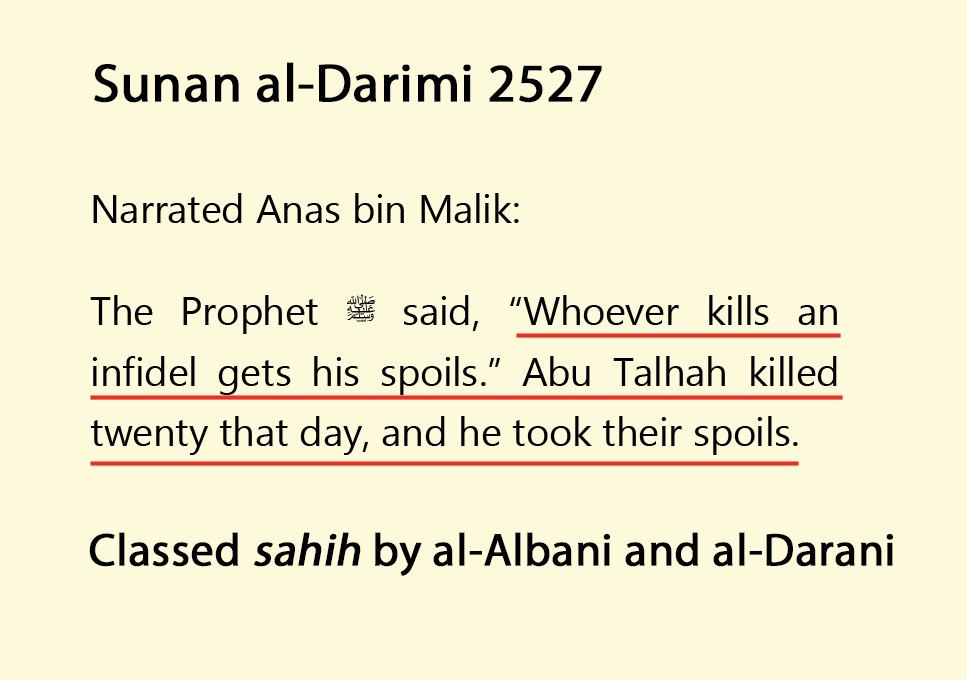 In this glorious hadith, Muhammad gives jihadis the necessary financial incentive to kill non-Muslims on a large-scale.

In contrast to the previous scenario in which Muhammad took a 20% cut of all war booty, a jihadi can now keep all the personal belongings of the non-Muslim he murders. Every school of Islamic jurisprudence endorses this concept, with the approval of the relevant leader recommended if not required.

And in recognition of Muhammad’s contributions to the development of a murder and theft-based economy, I appeal to the Royal Swedish Academy of Sciences to award a Nobel Prize in Economics posthumously.

Before a liar comes in here and says this Hadith is fabricated, fake or unreliable: 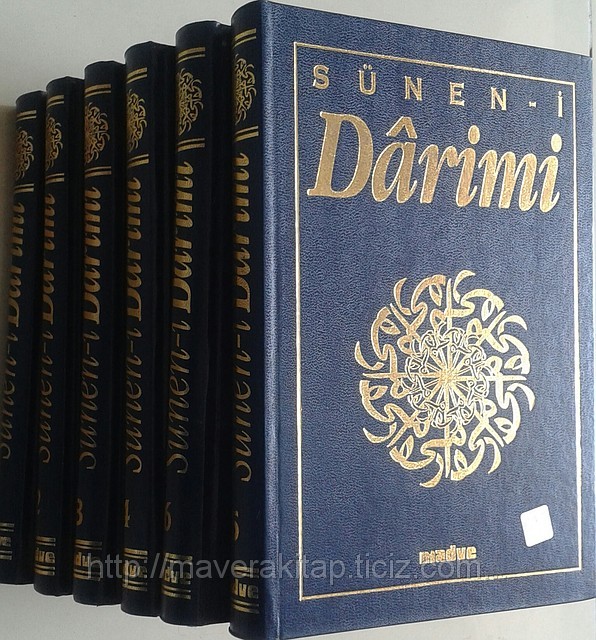 Sunan al-Darimi (Arabic: سنن الدارمي‎) or Musnad al-Darimi by `Abd Allah ibn `Abd al-Rahman al-Darimi (181H–255H) is a hadith collection considered by Sunnis to be among the prominent nine collections: the Al-Kutub al-Sittah, Al-Muwatta and the Musnad of Imam Ahmad.

Darimi transmitted these hadiths to `Isa ibn `Umar al-Samarqandi; date of death unknown, but presumably after 293 AH. Thereafter it passed to:

This Hadith was graded Sahih by Al-Albani 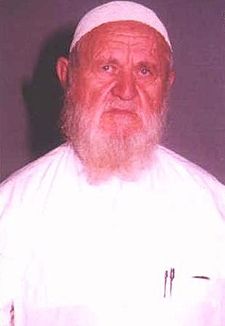 Muhammad Nasir-ud-Dīn al-Albani (1914 – October 2, 1999) was an Albanian Islamic scholar who specialised in the fields of hadithand fiqh. He established his reputation in Syria, where his family had moved when he was a child and where he was educated.

Ṣaḥīḥ (صَحِيْح) is best translated as "authentic". Ibn Hajar defines a hadith that is ṣaḥīḥ lithatihi – "ṣaḥīḥ in and of itself" – as a singular narration (ahaad; see below) conveyed by a trustworthy, completely competent person, either in his ability to memorize or to preserve what he wrote, with a muttaṣil ("connected") isnād ("chain of narration") that contains neither a serious concealed flaw (ʻillah) nor irregularity (shādhdh).

Show me where in the hadith does Muhammad(saw) say "girls urine is worse than boys urine". We're still on that one. Come on Ahmed.