Lyndon B. Johnson -36th president of US -GAY?

Let Them Eat Cake
VIP
Guys, i think i have discovered a History secret. LOOOOOOOOOOOOOOOOL


Our 36th US president, popularly known as LBJ could have been Bisexual. Not exactly gay, but bisexual. I did some digging.


It ALL started this past Sunday. Reporter Lisa Ling of CNN aired a show about homosexuals in the 60s being persecuted for being gay. In this episode a name was brought up. Walter Jenkins from Texas. He was an Assistant Aide to President Lyndon B. Johnson (LBJ) for 25 years, since their days in Senate or political life. LBJ is 10 years older than Walter. 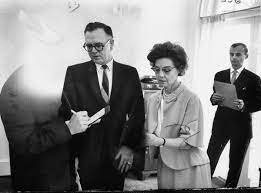 Walter was caught having sex in a Gym with a man weeks close to LBJ second election. (There is no doubt, this was a political hit connected to his second term elections. LBJ first term he got it because President Kennedy was gunned down)

How did LBJ react to this major scandal?

"When Johnson’s press secretary confirmed the account in the press, he wept."


In the episode with -- Lisa met the children of Walter now in their 60s-- and made them listen to a White House Phone records of their father's former Boss and his wife -Lady Bird- speaking about their fathers scandal. The wife of President Johnson LBJ-Lady Bird-- was traumatized. But she was stoic, and very supportive of Walter, urging her husband on the phone to show public support or her employees will feel disloyal. LBJ insisted not to support publicly as the presidency will be compromised. Naturally, he cared for the presidency; but i think that is smoke screen. He was afraid of his own bisexuality coming out. His reasons was-- "the farmers in America will not understand our support". Why should he care about some imaginary farmers? What caught my attention was Lady Bird--saying-- "I will pray for you & Walter"!


Why pray for LBJ? (Wives ALWAYS know) LBJ is not the one caught with his pants down with a man. Why does Lady Bird feel a man whose life just got bamboozled upside down, and was hospitalized in the psychic ward hospital for nervous break-down, was suffering the same with the giant, tall demure president & her husband? I thought that was very bizarre. That made me start my investigations. For me, that whispered to me Lady Bird was always uneasy about her husband close friendship with Walter for 25 years. She could also have been totally innocent or clueless.
Heck another glaring red flag was LBJ interrupted Walter's honeymoon when he got married at 21 because he needed him. That told me -there was jealousy from LBJ part or possessiveness? That was highly unusual for one man to just burst in and spoil the honeymoon of another man. (Don't you men agree?) Was the president being catty his male lover was having sex with his Bride?

"Jenkins, like Johnson, was born in Texas, and raised by strict Southern Baptists. Johnson hired him when Jenkins was 21, and for the next quarter century, he remained in “total rapport” with Johnson. When Johnson called on him during Jenkins’ honeymoon, he obediently packed his bags and left. He even named one of his sons Lyndon." 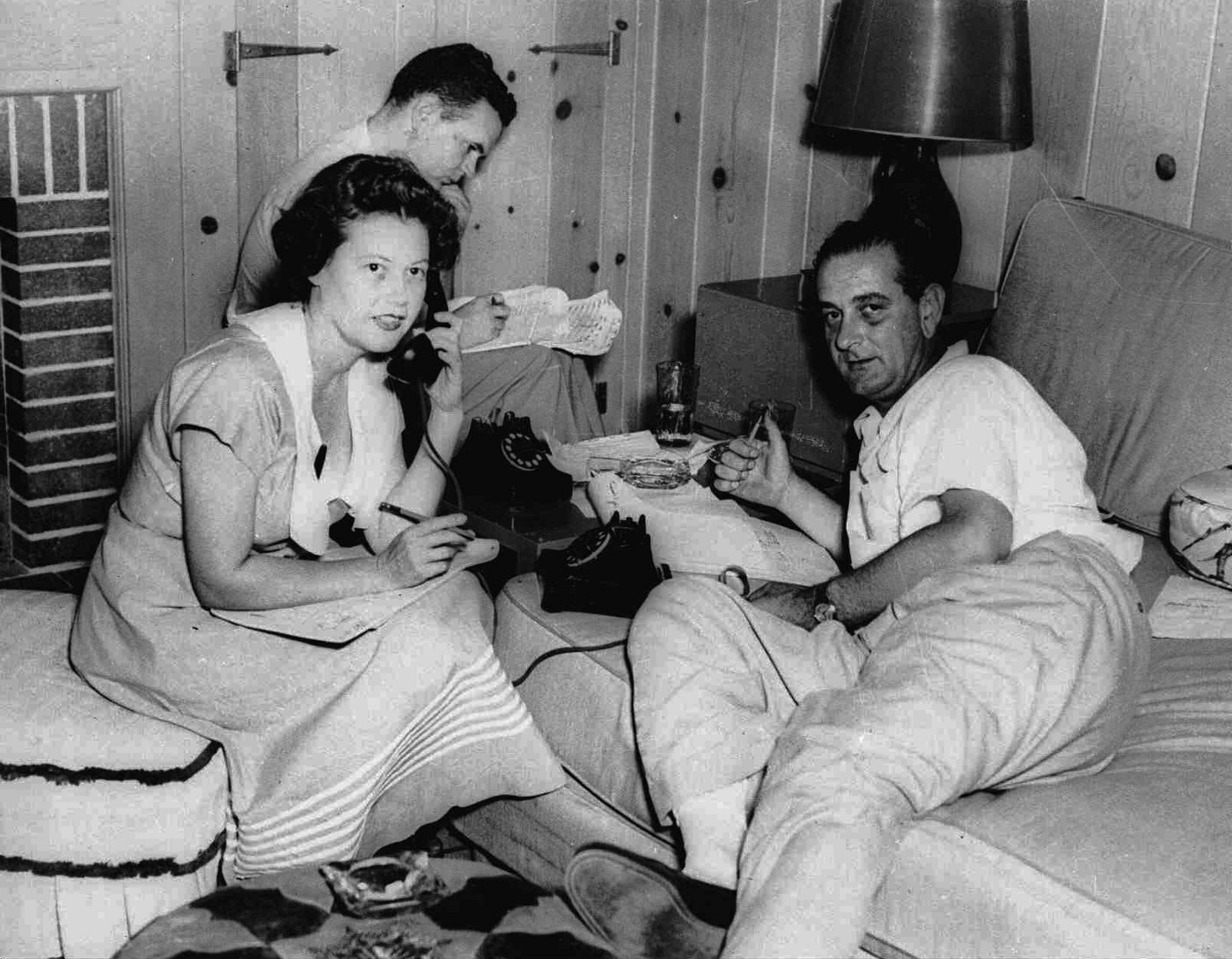 This is President Johnson (LBJ) in his younger days---luxuriously displaying his odd none masculine posture, a very rare moment captured, when he was possibly not faking his masculinity?


The president also had another Aide who was investigated by FBI to be gay, but was never proven guilty-- because the man had to marry quickly and produce a son.


"Johnson initially blocked the FBI from obtaining a sworn statement from Valenti or approaching the photographer, (Valenti male rumored lover) asserting that Valenti was "attracted to the women and not to the men," files show. But under FBI pressure, the president relented and approved an investigation of his close friend." 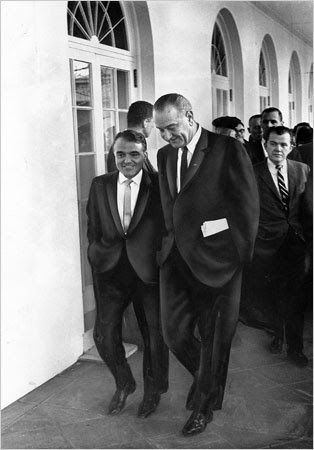 And you know what is more comical to me? Head of FBI was a closeted, self hating gay cross dresser himself.

"Even J. Edgar Hoover, who has been called “no friend to gay people” (and is now widely believed to have himself been gay), sent Jenkins flowers in the hospital"


I mean, talk about human fallacy & the pursuit of denial all the wayyyy to River Nile. Not to mention- Hindsight is 20/20 now-- we are looking through Historical lens with a sigh of inquisitive nosey eyes.

A BIG conundrum though, there is not even one single article or gossip about LBJ even being remotely gay. Or rumored to be less than Straight or even sort of gay. Nada. Nothing. He was also known to be feared, and ruthless like a gangsta. He had a temper. The man behaved so manly and so overwhelmingly tall, no one could accuse him of being gay. Could he have been another Rock Hudson? An extremely manly masculine gay Hollywood star/Actor who died of AIDS in the early 90s. And who till his death denied he was gay or had AIDS.

Or Could ALL this be just bloody Nothing but Basra's bored musings?

"Johnson never replaced Jenkins, and many close to the president claimed he floundered without his counsel. All of history might have been different if it hadn’t been for that episode.”" 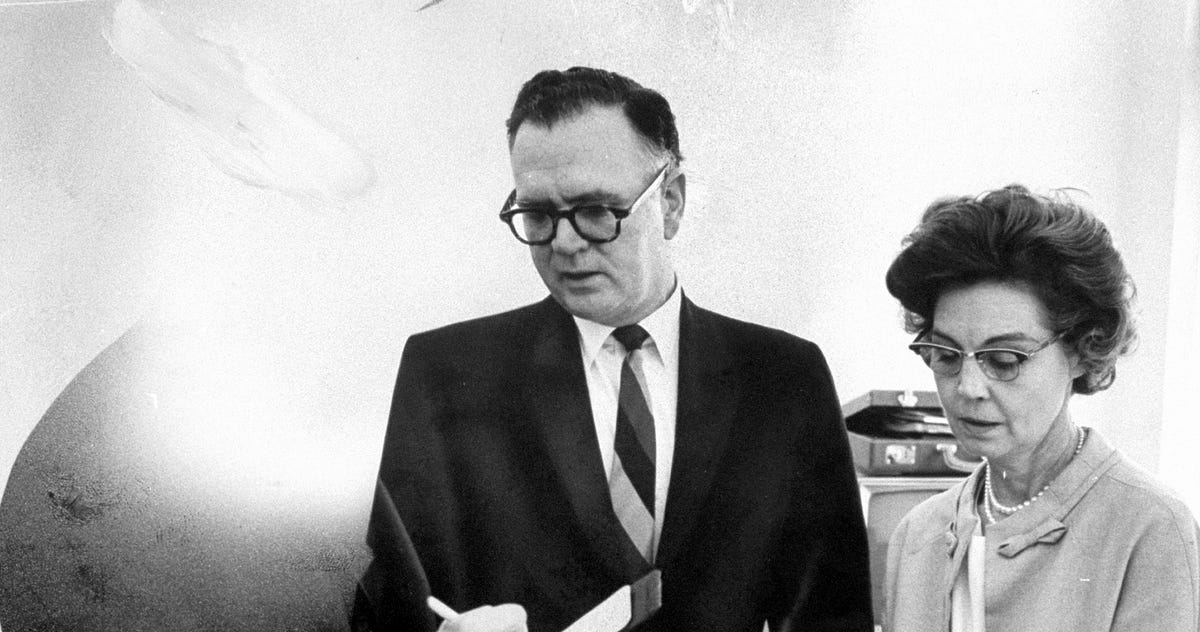 When LBJ’s closest aide was caught in a gay sex sting, the president caved — the first lady stood…

Walter Jenkins’ case was a tragic but important advance 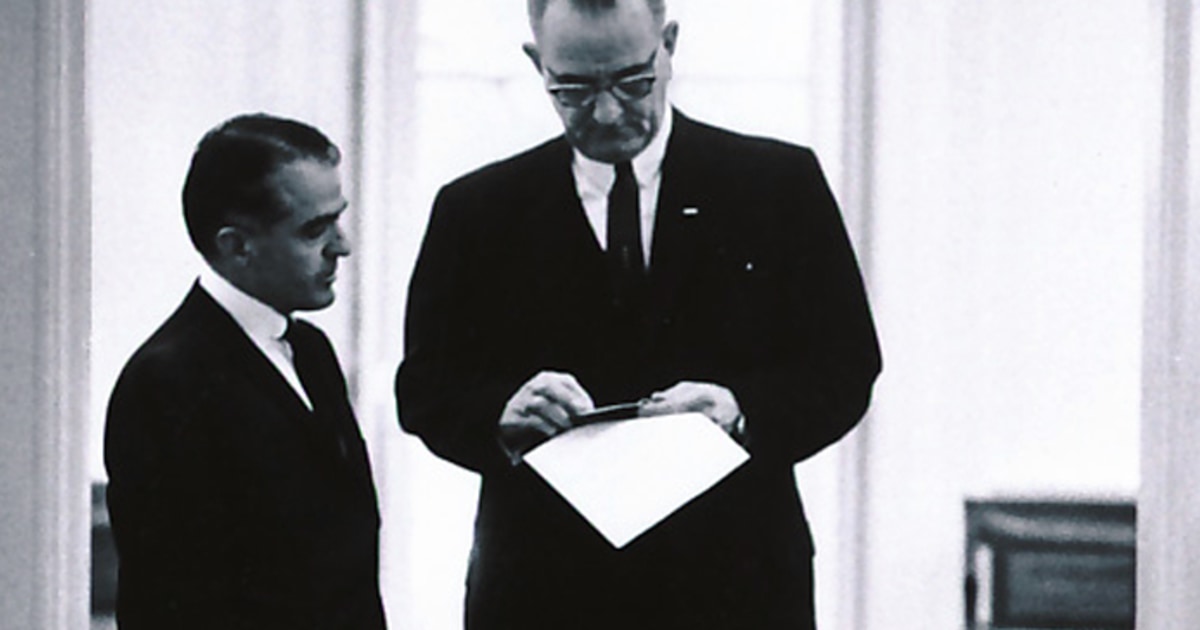 In 1964, Jack Valenti was installed at the White House as a top aide to President Lyndon B. Johnson. And the FBI found itself quietly consumed with the vexing question of whether Valenti was gay.