A 3 days a week direct flight from Nairobi to Hargeysa will also be unveiled soon.

No more Somaliland passport being torn in Xamar.. 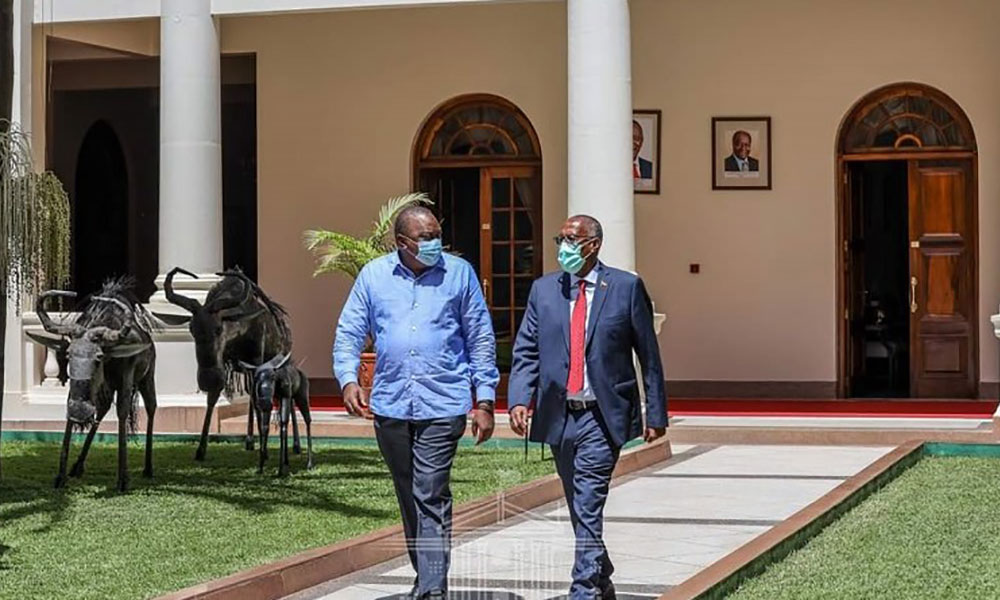 A delegation from the Kenya Ministry of Foreign Affairs is in the Somaliland capital of Hargeisa to finalise plans to open up... 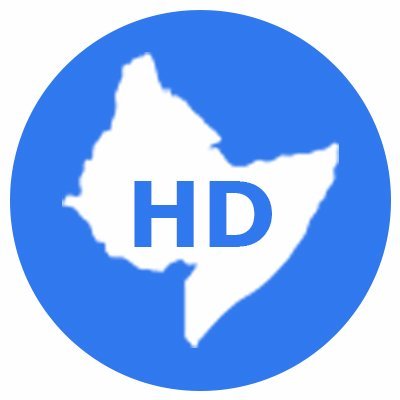 A delegation from the Kenya Ministry of Foreign Affairs is in the Somaliland capital of Hargeisa to finalise plans to open up a Kenyan consulate in the Horn of Africa nation.


Reports indicate the team has been in Hargeisa over the last fortnight working on the final plans that will see Kenya become only the third African nation after Ethiopia and Djibouti to set up a consulate in Somaliland.


Plans to have a Kenyan consulate in Hargeisa were cemented last December when Somaliland President Muse Bihi made an official visit to Kenya on invitation from President Uhuru Kenyatta.


The two leaders agreed among other issues to upgrade the Somaliland Liaison office in Nairobi to a consulate and set up a Kenya consulate in Hargeisa.


While this was to be formalized in March this year, the outbreak of the second wave of the Coronavirus pandemic slowed down the process.


Kenyan officials from the foreign affairs ministry have however made several visits to Hargeisa to survey the suitable location for the consulate.


“It is true we are finalizing plans to set up a consulate in Hargeisa. We will be giving an official communication soon,” an official from the Kenya Ministry of Foreign Affairs who did not want to be named said.


In February this year, a strong delegation from Somaliland held discussions with the Kenya Head of Public Service in Nairobi as efforts to solidify diplomatic relations between the two countries went a notch higher.


The Somaliland delegation among them Ministers of National Planning and Finance, Mr. Hassan Gafadhi and Dr. Saad Ali Shire met with Kenya’s head of civil Service Joseph Kinyua in what they said was the second round of talks ahead of the opening of a Kenyan consulate in Somaliland capital Hargeisa and introduction of direct flights from Nairobi.


The team said the talks centered on the memorandum of understanding signed between President Uhuru Kenyatta and his Somaliland counterpart Musa Bihi in December last year when the latter made an official visit to Kenya.


“This is just a follow-up meeting to discuss key areas of the memorandum because as you know, the two presidents set timelines which we hope to meet,” they said.


In the memorandum, the two presidents agreed to upgrade the Somaliland Liaison office to a Consulate and open a Kenyan consul in Hargeisa by the end of March.


In December, Somaliland’s president made a historic visit to Kenya where he signed a memorandum with President Uhuru.


Key among the agreements was to set up a consul in Hargeisa and introduce direct flights between Nairobi and Somaliland.


Other areas which the two leaders agreed on include the expansion of bilateral trade, enhancing cooperation in air transport as well as cooperating in agriculture, livestock development, education, energy.


Kenya and Somaliland enjoy strong relations from the pre-colonial times. The two countries were also colonized by the British.


Kenya has over 5000 nationals living and working in Somaliland in the education, hospitality and banking, manufacturing sectors while hundreds of others are businessmen.
Last edited: Sep 1, 2021

👽I Identify as an Extraterrestrial Geeljire 👽

An embassy can be defined as diplomatic mission established in the capital of a foreign country with the sole purpose of acting as the representative of the home country. A consulate, on the other hand, is a smaller diplomatic mission that is usually located outside the capitals of the receiving state.
Click to expand...

Mashallah
,we need more countries to open consulates in Hargiesa

Did they recognize you though? They say it's a consulate but it's only an office that represents Kenya's interests and nothing more. If they were truly your friends they would recognize you straight away

VIP
Did I read Consulate lool.

FBIsomalia said:
Did I read Consulate lool.
Click to expand...

You are just salty right now because no kenyan consulate is being opened in Puntland...

fais said:
You are just salty right now because no kenyan consulate is being opened in Puntland...

Why would I, I'm not claiming I'm country like you lool.

Puntland when it comes to independence:

Does anyone know the approx location in Hargeisa that they are having this consulate? Is it near the airport or government ministries? I think it would be a good place to invest in land/real estate for future!
I

Embassy or consulate, doesn't matter. Anther thing Kenya is doing without Xamar. And to fly from Hargeisa to Nairobi without stopping in xamar is good. Will ease travel and business.

Cairo too, for quite some time actually.

reer said:
if taliban get ictiraaf before jeegaanstan shame on them.
Click to expand...

Taliban was already recognised before 20 years ago before being dashed back to the mountains. It will be ceeb once a nation such as Western Sahara or South Yemen gets recognition before SL. Thats when a bias is shown

African Express, once a fortnight from Cairo to Hargeisa then goes onwards to MGQ and whatnot, a charted plane. This was 2 years ago when I took the Cairo to HGA segment, so if they stopped or rerouted it, i ain't sure. It was packed, like a full flight as well.