Jubbaland elections are near who will you back?

VIP
Who will Kenya back in the elections in the Somali federal state of Jubbaland this August?

The Foreign Affairs Ministry says Kenya’s policy remains “to work with Mogadishu and ensure the stability of Somalia”.

Foreign Affairs PS Macharia Kamau told the Nation that Kenya worked with Jubbaland President Sheikh Islam Madobe, then as leader of the Ras Kamboni Brigade, because there was a common enemy: al-Shabaab.


“The taking of Kismayu was part of the global action welcomed by the Somali government to try and bring this into the ambit of the federal state,” Kamau said.
“The fact that we worked with a local state operator is to be expected because obviously you work with available positive forces in order to eliminate the negative forces creating problems for the region and the entire Somalia.”


The official position is to work with Somali government and federal state for the general stability of Somalia, he said.

But what legacy will Kenya Defence Forces leave once its withdrawal under the arrangement of the African Union Mission in Somalia (Amisom) is complete?

In its updated concept of operations, Amisom wants to reduce ground combat, gradually withdraw and focus on strengthening the Somali National Army by the end of 2020.

Jubbaland, the region in Somalia closest to the border with Kenya, has been under Sheikh Ahmed Islam Madobe since 2013.

Madobe has been Kenya’s ally in war against al-Shabaab and cooperated with the KDF as it captured Kismayu and other towns.


When his election came up in 2013, Kenya and Ethiopia covertly supported him, ostensibly to sustain the momentum of al-Shabaab.

The focus of the August election, officials say, is on long-term goals like development, reconciliation and institution building.

And as the date approaches, Kenya has been working on a legacy proposal which would see Nairobi move from a combat troop contributor to a supporter of institution building.

The idea, a diplomat associated with the matter said, is to help Somalis build institutions that can withstand the departure of leaders.

Several candidates have shown interest and more are expected to do so in an election that could also define the impact of KDF.

They include former Somalia Information minister Abdullahi Ciilmooge Hirsi and former Madobe ally Sheikh Dahir, both from Madobe’s Ogaden clan.
Most have been critical of Madobe’s administration.

But will focus on development, rather than security tilt the poll? Does it mean backing another candidate?

Madobe is strong, has military connections, resources and is influential. The outsider in the race is former public finance manager Abdirazak Fartaag, from the Marehan sub-clan of Darood.

Madobe has had problems with other clans and has been trying to rectify his lukewarm ties with Mogadishu.

Somalia politics is influenced by the country’s main clans: Darood/Ogaden, Hawiye, Diir, Rahanweyn and others in a system colloquially known as ‘4.5’ to ensure arranged representation.

Fartaag is a political novice though his father was a senator. Because of his frequent criticism of Somalia’s finance management, he has come out as one to inject accountability in Jubbaland's administration.

Fartaag would not confirm or deny his candidacy.

“I will make a decision in the coming three or four weeks,” he told the Nation.

“The rest of the clans are against him and they believe he is getting undue support from Kenya and others. If polls are free and fair, he will lose,” Abdiwahab said.

Even if Fartaag is backed by Kenya, Ethiopia and western countries, he will be attempting to defeat clan politics in Somalia.

Jubbaland is also under watch from Kenya because the row between Nairobi and Mogadishu touches the region.

Credited with improved trade in Kismayu, Madobe’s administration has been criticised for corruption and high-handedness.

His clan is accused of alienating others from the government and seizing all resources.

“You can’t change a policy abruptly. You need to examine why we went there and it is prudent to re-evaluate that in long-term goals,” he added.

On Wednesday, a senior Somali government official said Madobe and Farmaajo have resolved their differences.

“The two agreed to work together,” he said.

Shaolin23 said:
The one who Kenya backs will be back since they militarily control the only city where Jubbaland exists
Click to expand...

Ahmed will be out unless he vote tampers 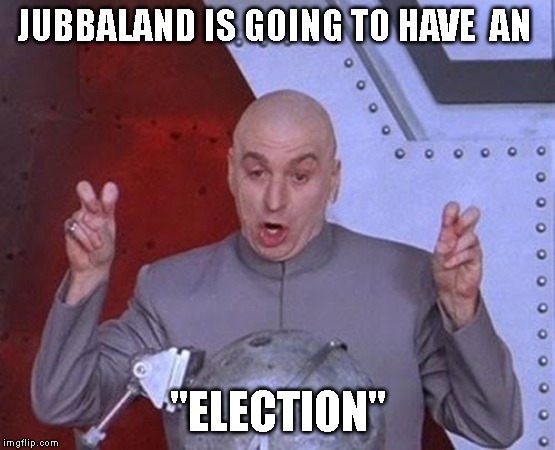 HALYEEY
VIP
Hopefully Ahmed Cade will come back and double down on the terrorists.

Spin Doctor said:
There will be no election let's call it for what it's a selection and Madoobe is the only name on the ballot Xidig and Oomaar are for decorations to make it seem legitimate
Click to expand...

Mehmet said:
Than he will be ran out and boycotted everywhere if he refuses fair elections
Click to expand...

Shaolin23 said:
He doesn’t care as long as he’s in Kismayo backed by Kenyan tanks and jets stashing money in his pockets JL is the only administration in Somalia where a whole gobol is under terrorists
Click to expand...

Shaolin23 said:
He doesn’t care as long as he’s in Kismayo backed by Kenyan tanks and jets stashing money in his pockets JL is the only administration in Somalia where a whole gobol is under terrorists
Click to expand...

Mehmet said:
Than he will be ran out and boycotted everywhere if he refuses fair elections
Click to expand...

No such thing as fair elections in Somalia it's about who has the biggest pockets. Only one man one vote can bring about fair elections and knowing Somalis even that will be tampered with

Spin Doctor said:
The blame rests solely on the minority clans in the Jubbas such as your argagixiso supporting tol one of your uncles a top taxation official for harakat al shabaab division just gave himself up to the government lol to free the middle Jubba we will have to first pacify Gedo which is still a hotbed for terrorism
Click to expand...

Shaolin23 said:
There’s no town in Gedo under terrorists control your 10 years too late sxb they’ve been chased out into the jungles unable to carry out attacks and in fear of drones Middle Jubba is completely under their control Jilib Saakoow and Buale districts Al Shabab HQ can you name 1 district in Gedo they control
Click to expand...

We will see what happens. As of now the JL admin is cooped up in the city of kismayo with KDF fufus and can't go 30km past it. This admin has no support of the people hence why the president is unable to go to middle jubba or gedo after he was banned.
M

Spin Doctor said:
No such thing as fair elections in Somalia it's about who has the biggest pockets. Only one man one vote can bring about fair elections and knowing Somalis even that will be tampered with
Click to expand...

Spin Doctor said:
Ethiopian and Kenyan control by day Al Shabaab shadow government by night without AMISOM the entire gobol will fall to Al Shabaab there is no militia there that can fend them off also Gedo is still a top recruiting centers for Shabaab

look at the recent KDF pull outs each base they left Al Shabaab was there to fill the power vacuum where was the Marehan militia who chased them into the jungles cut the bullshit sxb
Click to expand...