https://www.mirror.co.uk/3am/celebrity-news/amazon-billionaire-jeff-bezos-new-13843965
https://www.dailymail.co.uk/news/article-6581509/Jeff-Bezos-Lauren-Sanchez-affair-sexts.html
This guy is inspiration, he went from a lost beta tech incel looking nerd in this 30s to a muscular bulit alpha richest man in the world. apparently his wife getting a divorce because he can't stop running through all the s with his and i quote him "big willy". he is out here dicking down married women in his private jet, she's married to guy on the left, 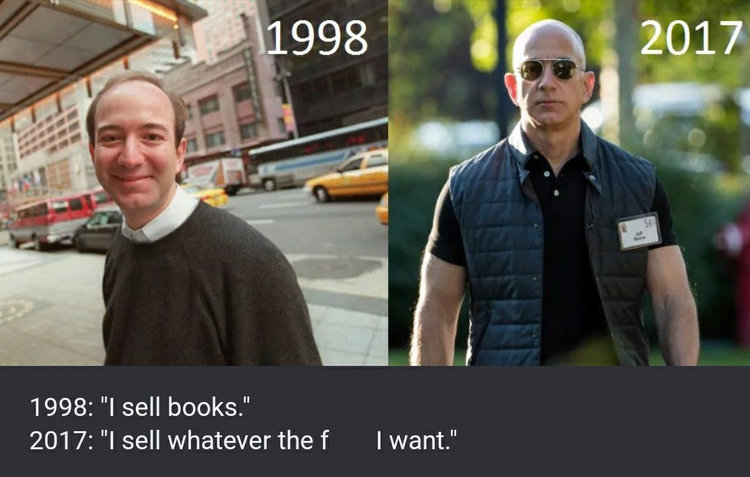 BEFORE, in early 30s, worth less than $100k, receding hairline, punchable face, bad fashion sense and to top it up a "weak chin" as @Knowles famously says

AFTER, in his late 50s worth over $150 Billion, masculine bold face, built physique. he looks like a personal trainer, not a guy who sits in a office all day running a trillion dollar business.

Damn, those post TRT gains are real. I might have to hop onto that stuff when I'm 40.