Hope as talks over miraa exports from Kenya to Somaliland begin 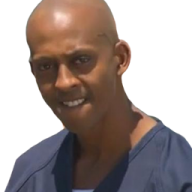 An initiative to reduce the duty imposed on miraa from Kenya by Somaliland is being well received by potential voters in the Nyambene region of Meru County, a good number who draw their income from the sale of that crop.

Last week, Meru Governor Peter Munya provided farmers from the region with details about his negotiations with leaders of Somaliland to have the customs duty reduced. The governor noted that currently Kenyan exporters are charged more than what it costs to produce miraa.

The sale of miraa is an emotive subject in Nyambene, and that is why its ban by the UK government was greeted with such anger in this region.

Therefore Munya’s foray into Somaliland is seen in the same light with an announcement by CORD leader Raila Odinga that he had opened diplomatic negotiations with Tanzania’s President John Magufuli to lift the total ban on khat exports. After jetting back from Hargeisa, the capital of the Somaliland, Munya said he had met the country’s leadership and discussed how to open up the miraa market estimated to be worth $400 million (Sh4 billion), with 99 per cent of the supplies coming from Ethiopia.

Some of the miraa farmers in Nyambene said efforts by Raila and Governor Munya must be bounced off against the inaction exhibited by the Jubilee administration in addressing the lack of market access.

“The President has been to France, Turkey and other European countries and we have not heard him put a case for miraa exports,” said Francis Gichunge, a miraa farmer.

The United Republican Party (URP) Meru chairman James Mithika, who is also a miraa farmer in Igembe Central, also supported the intervention by leaders such as Munya.

“Anybody of whichever colour, creed and persuasion trying to resolve the miraa issue is welcome,” said Mr Mithika.

Recently, Munya met with the Deputy President of Somaliland Abdurrahman Ishmael and his foreign and finance ministers. “Their minister of finance agreed to constitute a technical committee to review duty imposed on Kenyan miraa. They want to be recognised by the Kenya Government, just as they are diplomatically recognised by Ethiopia,” said the governor. Early this year, President Uhuru Kenyatta appointed a taskforce to look into the problems facing mirra farmers and recommend how to revive the sector.

Among those who have raised issues with the membership is URP Meru chairman, Rev Gichunge and miraa ambassador Rajesh Hilani.

“It is clear the taskforce was not broadly constituted,” said Hilani. “Not all stakeholders were included in it.”
Click to expand...

VIP
Fucking drug addicts the whole bunch. Not even the right kinda drug either

waraabe said:
for recognition they can export their khat to us (it will replace the Ethiopian khat) but nothing short of recognition because qat is a drug
Click to expand...


Somalilands chances of being recognised are next to none

Discontinous said:
They wont recognise you because they have their own minority groups that have or have had independence movements within their country
Click to expand...

Discontinous said:
Somalilanders prolly want the drug to much to care about recognition in return 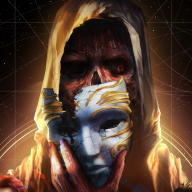 When the koonfur gets its shit together, it should bribe Somaliland back into the union with khat from Shabeellaha hoose.

Nin xun said:
When the koonfur gets its shit together, it should bribe Somaliland back into the union with khat from Shabeellaha hoose.

koofur consumes more khat then anyone else.

how about bribe yourselfies with food to prevent another famine lads

fucking qaniisyahow u made me laugh a lil

Fuck u and fuck somaliland

You're just happy you and youre fellow bantu farmers might be getting paid. I see u dodged that Ear thread, knowing it will reveal your identity.

as opposed to 2 actual famines


here are your khat and shisha addicted women

in Somaliland it is only the men who eat khat, in Somalia it is men, women and kids

VIP
Is Somaliland that big a market for khat? Kenya must be really desperate.

merka said:
Is Somaliland that big a market for khat? Kenya must be really desperate.
Click to expand...

All of Somaliaweyn is a big market lol. Us + the Yemenis prolly consume 99% of the stuff

Discontinous said:
All of Somaliaweyn is a big market lol. Us + the Yemenis prolly consume 99% of the stuff
Click to expand...

Must be hard smuggling qaad to Yemen nowadays if Kenya has to deal with Somaliland.

You think yourself funny stupid, was not SL that had drought 5 months ago and innocent nomad passed away from hunger. You were lucky that Arab helped SL. You are scam of earth. Remember next year the drought could happen again. Stupid and ass.....

Discontinous said:
fucking qaniisyahow u made me laugh a lil

He is so dumbass can not even insult without showing his dumbiest to whole world. His whole life is about his 3 villages and daily mail. 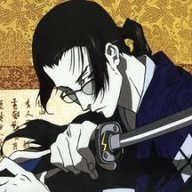 The only ppl in somaliland who chew miiro are harti, especially dhulo that's why they're foked up. ****** don't like it because its too powerful, they chew the normal mild qaat from Ethiopia which is less potent. Lascaanood and other dhulo inhabited cities only serve miiro, they like to get wasted

Canuck said:
He is so dumbass can not even insult without showing his dumbiest to whole world. His whole life is about his 3 villages and daily mail.
Click to expand...