Hargeisa's Kuwaiti School for Orphanage - is a model school 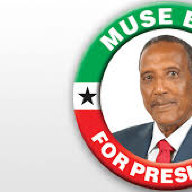 Even Somaliland's orphanage kids get the best education that is available anywhere. Which means even the most volunerable in Somaliland society come out armed with best education and have a better future prospect than many of their peers in other places.

Here Jigjiga elders are welcomed to Hargeisa's Kuwaiti School so they can get information of how it works and what the children get out of it.

VIP
Somaliland students are performing worse then south-central migrants in Hargeisa, I am not sure why they invested such a school and not research the lack of intelligence in SL, poor investment by the KUWAITI, u won't get much in return. They should always study educational performance of all regions.

You are just full of sh*t. Stop daydreaming. No wonder you keep posting 'paving' machines and bricklaying machines. Stop dreaming and face reality.

In reality, Somaliland's education system is at least 20 years ahead than any part of South Somalia. You just can't compare.

Compare MJteeniya to GalMudug and HirShabeele. That is your comparison.

In reality, Somaliland's education system is at least 20 years ahead than any part of South Somalia. You just can't compare.

Compare MJteeniya to GalMudug and HirShabeele. That is your comparison.
Click to expand...

I own 1/3 of Somalia territory, I don't care what your comparison is when your own 1/10th of Somalia that small triangle of 150 km has u in delusions of grandeur waryaa. Your region has the worst education system in the nation, this is a fact and all international organizations say the same. A kid in south-central performs better then a hargaysan in your own city.

The tests were carried out by international organizations, u can't 'fudge' nothing anymore, you will be tested by a european organization using the same sample as the south-central and you 'failed' to meet the skills-requirement. Which proves your teachers pass you certificates but you lack any 'skill' when tested.

Your people are dumber, go reform your education system don't blame PL for your woes. Stop passing students who don't have the skills because they will be tested by organizations using 'skills examination' and they will get exposed like you saw in the report I posted. You prefer Isaaq reports and Isaaq assessor but cry when I post 'neutral international organizations' that are reliable and u reject it but take the Isaaq fake figures because u live in a delusion.

It just baffles me that you can compare Somaliland to the barren desert clan enclave.

1/3 of Somalia my behind. It is hell on Earth. No wonder your people cried 'Boowe, Bari iyo Bariis cad laga raysay" when they arrived as refugees in Kismayo during the Italian colonial period.