I’ve seen men in comment sections stating that they can get second wife regardless of the first wifes opinion but I suddenly came across a hadith regarding this.

Grade: Muttafaqun Alayhi (authenticity agreed upon) according to Al-Bukhari and Muslim

Oh yes I found another for the men that say women can not put one wife only in their marriage contract:
Grade: Sahih (authentic) according to Al-Albani

Qabiil is the opium of the masses

VIP
The surah that allows multiple wives says if one fears injustice, they shouldn’t.

It also goes on to say that we will be unjust.

Yet people still risk dembi for another wife.

VIP
They like to pick and choose when it comes to Islam.

They hide this from women for their own gains but at the end of the day you just have to see the state of Muslims in the modern world and see non of this benefit anyone but the men and even they look unintelligent amongst fellow men, not to mention what they’ll say later to Allah to explain their irresponsibility.
R

VIP
The reality is that the majority of the major scholars will say that hadith pretains soley for Fatima as she is the daughter of the Prophet s.a.w. Therefore, since Allah has given men who can fulfill the conditions of polygamy permission, the husband does not need the wife's permission. Lets be real, polygamy would be non existant if a wife's permission needed to be sought. However, in saying that women can put in a no polygamy clause, which gives them instant divorce rights if the husband marries again.

But one thing I really want to know is, as a man why would you subject your spouse to something you know would cause emotion turmoil upon your wife? I've seen women's mental health decline after men have married another woman without discussing it before hand. To simply put it, those men do not value their wives happiness or mental wellbeing.

just put it in the contract and sleep fam if it means that much too y'all,calaacalka naga daaya 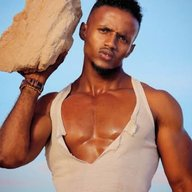 TekNiKo said:
Be like this man and have your two wives fight over which one he likes more