Dr. Aweys Omar Mohamoud
The way forward for Somalia is not a resurgence of authoritarianism and military despotism but the reconstitution of legitimacy through expanding participation and inclusiveness, reducing inequities, creating accountability, combating corruption, and introducing contestability (elections).1 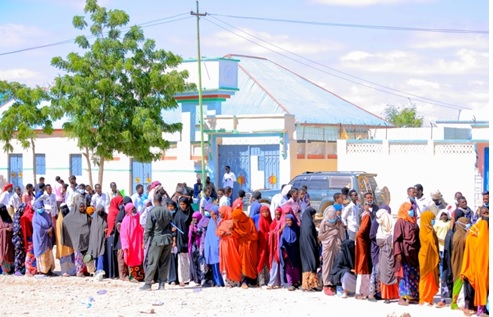 Puntland local government election
Elections in particular are a keystone of democracy and post-conflict peacebuilding. Somalia’s international partners welcomed Puntland’s local government elections which took place last week thanks to its pragmatic leader, President Said Abdullahi Deni, who started delivering one of the main planks of his manifesto promises which was to hold democratic “one person, one vote” elections in his region.

President Deni, casting his vote while on a campaign visit in Qardho last Monday (25th October 2021), had the following to say: “This was a pilot “one person, one vote” local election in 3 districts, Qardho, Eyl and Ufeyn. It was a closed list system election where each political association has pre-decided who will receive the seats allocated to it, [which meant] that the candidates positioned highest on the list would get a seat.

It is the first time after more than 50 years that local government elections are taking place in our country and the Puntland government and its people are proud to be leading the way towards instituting a “one person, one vote” election in Somalia.”

Mr Deni continued: “We ignored the naysayers and persevered. They said it couldn’t be done. We were told that elections may spark unrest and conflict. They could sharpen differences among the people, cause communal tension, or split communities as they try to vote.

Alxamdulillah, no such thing happened. Elections were free and fair. Tens of thousand of voters were registered and they cast their ballots. Tens of councillors were elected including women and minorites. No citizen was prevented from voting, and the results were counted properly.

Non-government political associations won a large number of seats. Notable among these winners is Muhsin Abdullahi Haji, representing the IDP (Internally Displaced Persons) communities from Southern Somalia, who was elected to Qardho district local council.” Muhsin’s win proves that elections can be a positive force for engaging disenfranchised and marginalized constituencies into a new governance order.

The purpose of these pilot elections, it was suggested, was to test the impact of voter identification schemes on protection against fraud, the perception of integrity, and on voter participation and turnout, as well as the overall feasibility of universal suffrage elections in the region and, nationwide, in Somalia.

Puntland’s electoral exercise proves that universal suffrage elections are not only feasible but realistic and practical, both in Puntland itself and across the whole of Somalia.
The outcome of any election depends on three basic variables: (1) the electoral system, (2) the political environment, and (3) voter choice. The electoral system encompasses the legal and administrative structures for determining candidates and office holders. The electoral system directly affects – and sometimes determines – political outcomes and in turn the development of legitimate political governance.

The political environment is the context in which the elections take place, including the actions of candidates and parties, and the range of protections, regulations and traditions, both legal and informal, that govern politics. Voter choice refers to the history and future of how and why the voters participate and for whom they cast their ballots.

2 sure about voter choice or preference, but Puntland successfully managed the other two basic variables: electoral system and political environment. The Transitional Puntland Electoral Commission (TPEC) was created soon after Mr Deni took office to put in place all the rules governing all aspects of the voting process.

Procedural political reforms were put in place to open the door to substantive participation in the electoral process, including by the IDP communities, together with voter education and peaceful resolution of disputes. Basic safety and security for electoral administration personnel would have also been taken care of to ensure proper preparation for elections. 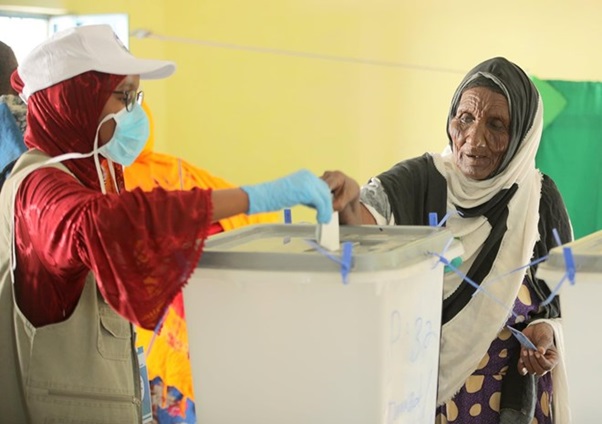 An elderly women casting her vote for the fists time in local elections,


Puntland
Electoral processes require a prior degree of progress on the security front. Punland’s peaceful and mature political environment meant that there was no destructive confrontation with opposition groups, ‘no-go’ zones for campaigning by all parties, and the government was able to take appropriate measures to ensure that there is no illegitimate, violent opposition to the outcome.

The interest groups, political associations vying to become political parties, media, and other institutions needed for systems of elected representation to work do also exist in Puntland.

The international community has three main objectives for elections in postconflict countries. The first is the transfer of power to a recognized democratic government with national and international legitimacy. The second is the introduction of democratic institutions and processes and the initiation of a longer process of democratization.

The third is to promote reconciliation among the parties to the conflict, and to shift their struggle from a violent to a non-violent forum.3

Each of these goals is linked to the broader goals of statebuilding and peacebuilding. A peaceful transfer of power is one of the key steps in improving a country’s political system and establishing a new government’s legitimacy in the eyes of its citizens. Developing strong, democratic institutions is crucial to creating a government that can deliver basic services and economic growth.

Perhaps most importantly, the role of elections as a non-violent form of competition between different groups can significantly improve the security situation in a war-ravaged country like ours and provide the atmosphere necessary for rebuilding and reintegrating our long-suffering nation. 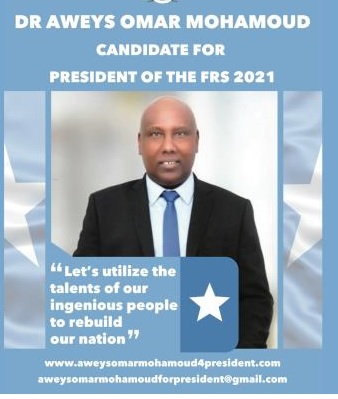 4.Democracy is widely held to be the governance system with the strongest form of legitimacy around the world,5 and elections are the essence of it. Puntland has led the way in spearheading universal suffrage elections in Somalia. The task of implementing “one person, one vote” nationwide falls on all of us and will only be possible through our collective commitment and effort under a capable and visionary leader that we put our trust in the upcoming Presidential elections.

The lesson here is that legitimate Somali leaders want elections to create institutions that are able to negotiate a new relationship between the people and the state, and to foster stability and reconstruction. Illegitimate leaders, of course, want the opposite: a private monopoly on the use of force and violence to create a regime where total power is held by a dictator and a small coterie of fanatics around him. Think of Farmaajo and Co.! We should simply not let such leaders assume the reigns of power ever again.